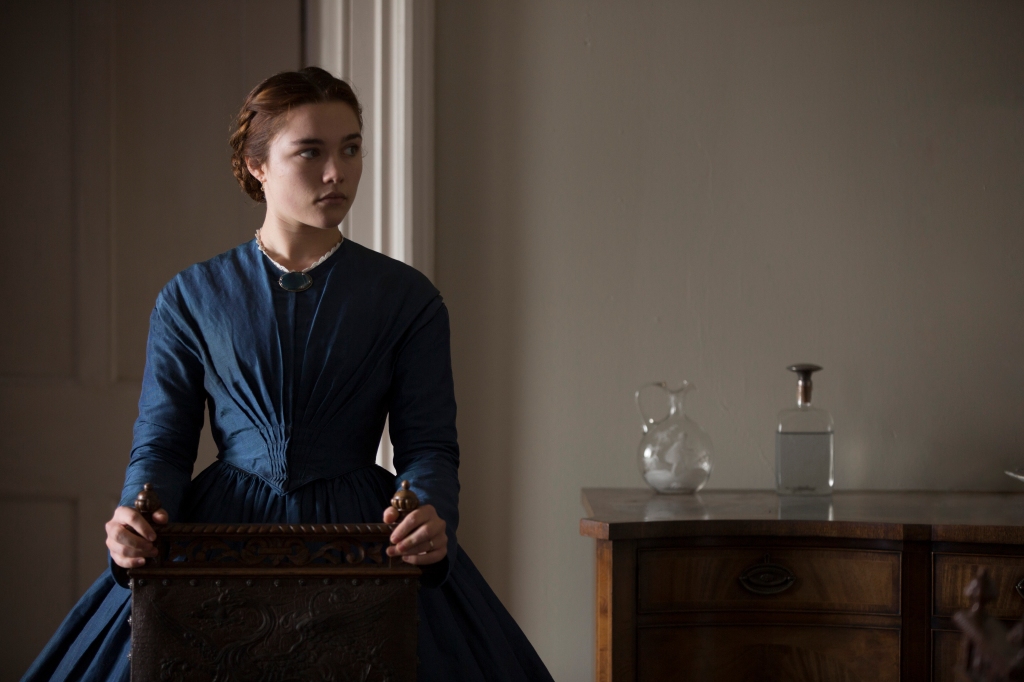 The Brontës meet Gillian Flynn in Lady Macbeth, a tasty period noir that slithers with menace at each turn. In the beginning, we’re introduced to newly-married Katherine Lester, whom we later learn was “bought” by her husband’s father in order to produce him an heir. Unfortunately, hubby is not much interested in sex, and generally Katherine is treated with contempt by the men around her. Like most Victorian women, she’s merely decoration, doomed to sit out her life indoors unless commanded otherwise. Then she’s left alone, and that’s when the Wuthering Heights elements creep to the fore: a rowdy groomsman catches her eye, and one night they decide to have sex. Mr. Groomsman is everything her husband is not, so of course she falls madly in love with him. And here’s where the Brontë strand ends, because we quickly learn that Katherine has got a mean streak in her. Well, more than a mean streak: she’s actually a merciless psychopath, willing to go to extreme lengths to get what she wants. Stand in her way, and you’d better fucking watch out.

So no, this isn’t feminist in the sense that Katherine is the heroine we seek to emulate. Rather, it’s a reminder that women can make very effective villains… and their villainy can actually be much more interesting than what’s perpetrated by their male counterparts. Florence Pugh is also fantastic as Katherine, using her face to create a composed and brittle shield hiding unspeakable horrors. At first you’d mistake her for being demure, but when her true self begins to poke through, it becomes chilling to watch her.

There’s also some racial and class commentary here involving servants who are treated as disposable in every sense of the term. It makes the film’s resolution particularly appalling, as the power of white privilege is reaffirmed with stark clarity. Perhaps an unsubtle gesture towards today’s racial tensions, to be sure… and yet, it’s hard not be sickened to the core by it. It might even be more effective than the original novella’s conclusion… but shhh, don’t tell the purists I said that.