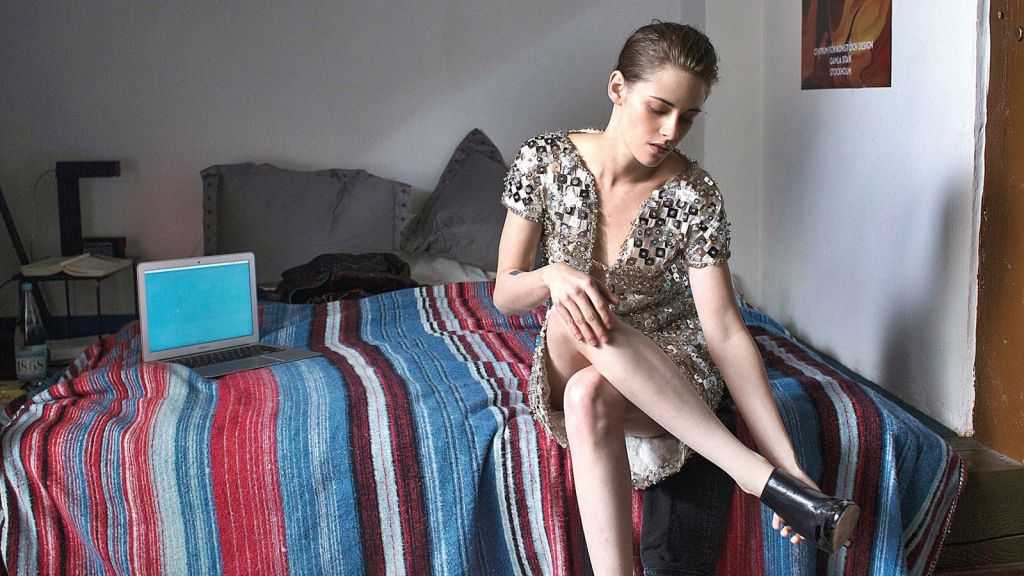 Personal Shopper contains my favorite Kristen Stewart performance, and I would heartily argue it’s also her personal best. The role is a little whimsical on paper: she’s a personal shopper for a narcissistic fashion model, while in her spare time she is a medium divining the presence of ghosts in supernaturally active areas. As she motorcycles to various fashion houses in and around Paris in order to pick out the latest dresses and accessories for her employer, Stewart’s Maureen is also waiting for a sign from her dead twin brother, Lewis. This is because they made a pact before his death, promising one another that whoever died first would make contact from the Great Beyond. At first, Maureen zeroes in on her brother’s old house, but while a ghost certainly haunts it, it’s not Lewis. Then she begins receiving strange texts from an unknown sender who seems to be watching her every move. Could this be Lewis’ way of reaching out to his sister?

I wasn’t big on Olivier Assayas’ last film, Clouds of Sils Maria, so I was naturally a little weary about this one. That weariness might have helped me appreciate it all the more. This is a natural companion to David Lowery’s A Ghost Story (or, more accurately, vice versa, as Assayas’ film precedes Lowery’s). Both films are immersed in the praxes of human grief and how the concept of an afterlife functions in a fundamentally rational world, where people too easily take what is empirical for granted. What I love about both these films is how seriously they explore supernatural possibilities without laughing at them, or making them the butt of quirky jokes. There is a melancholic mood to each as they are immersed in metatextual conversations about death and longing in the modern era, and they are also fundamentally sympathetic examinations of being unmoored from time and place as a result of loss.

I also love how Assayas opens out the film at the end after fooling us into thinking he’s presenting a very literal interpretation of events. After all, the ghosts here are real, so surely everything can be taken at face value? Well, no, not really. Like the best filmmakers, he craftily sneaks in a bit of formal trickery that is not readily perceived as such—like the fadeouts that conveniently leave gaps in the temporal narrative. It’s disorienting, but also extremely effective in adding a sense of ambiguity about Maureen’s self and the character’s trajectory.

On top of Stewart, the techs are beautiful and grounded: the 35mm Kodak film gives the film’s visuals a suitably haunted look, and the costuming is to die for. Stewart, ghosts and fashion—this clearly checked off all the right boxes for some people. Count me as one of them.