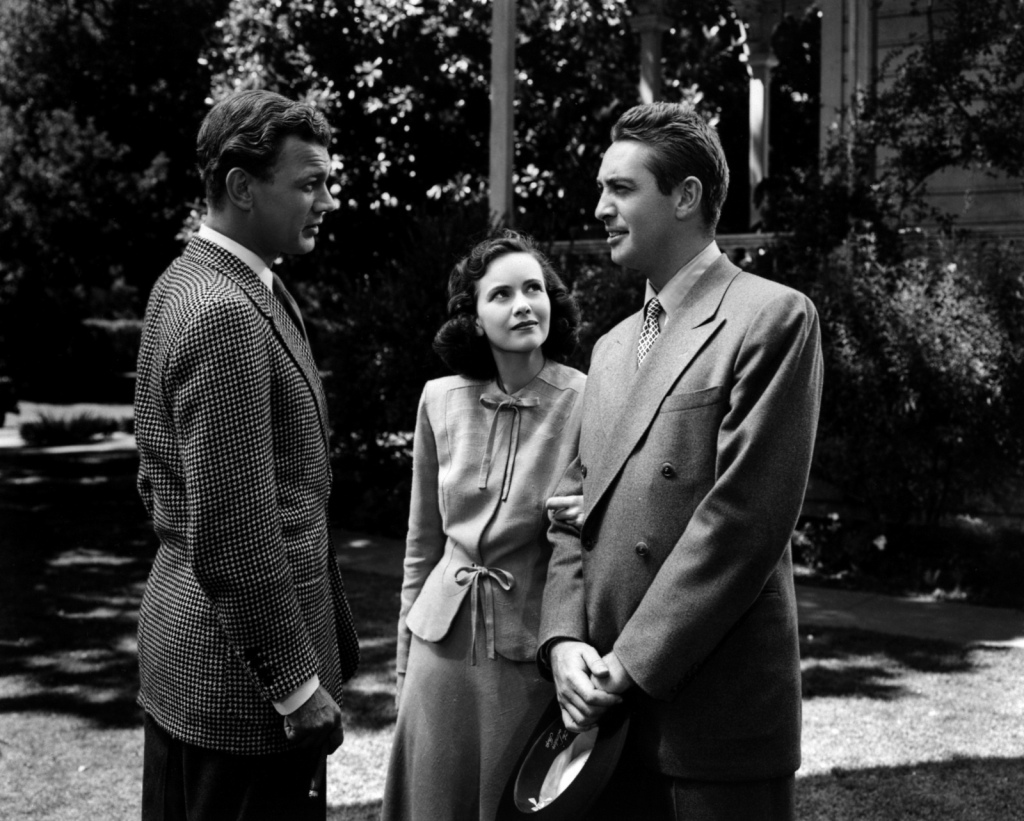 This may be the funniest Hitchcock film I’ve seen yet? Not in the sense that I find Uncle Charlie funny—obviously he’s not a guy you’d want to mess with. But the script is peppered with amazing lines and characters that exist solely to throw shade on the entire proceedings. I’m talking about characters like the bookish Ann or nerdy Herbie, who have little function in the plot other than to make underhanded or sarcastic remarks, or just to ease the tension with totally irrelevant concerns. Herbie trying to devise the perfect murder, or Ann not taking a telephone message because her house is devoid of a well-sharpened pencil? It’s so good. And it jives with the small-town feel of the setting, which is so cruelly upturned by the villain’s presence.

I also love how formally dense this is. The overt doubling between uncle and niece; the vampiric imagery surrounding Uncle Charlie; Young Charlie’s unexplained premonitions about the Merry Widow Waltz that keep bubbling in her consciousness—there’s such an air of menace underneath the lightly toned atmosphere that Hitchcock balances so perfectly, culminating in that incredible library sequence where Young Charlie’s innocence is dashed forever. The only thing that wasn’t needed was that shoehorned romance with the private eye, who’s the only character that doesn’t feel properly developed. However, it’s not an egregious flaw, because Macdonald Carey plays him with an adorable air.

Hitchcock is on record as saying this was his favourite of his films. It’s easy to see why: it’s got a truly complex relationship at its centre, the cast is aces, and that script is a veritable goldmine of dark comedy.