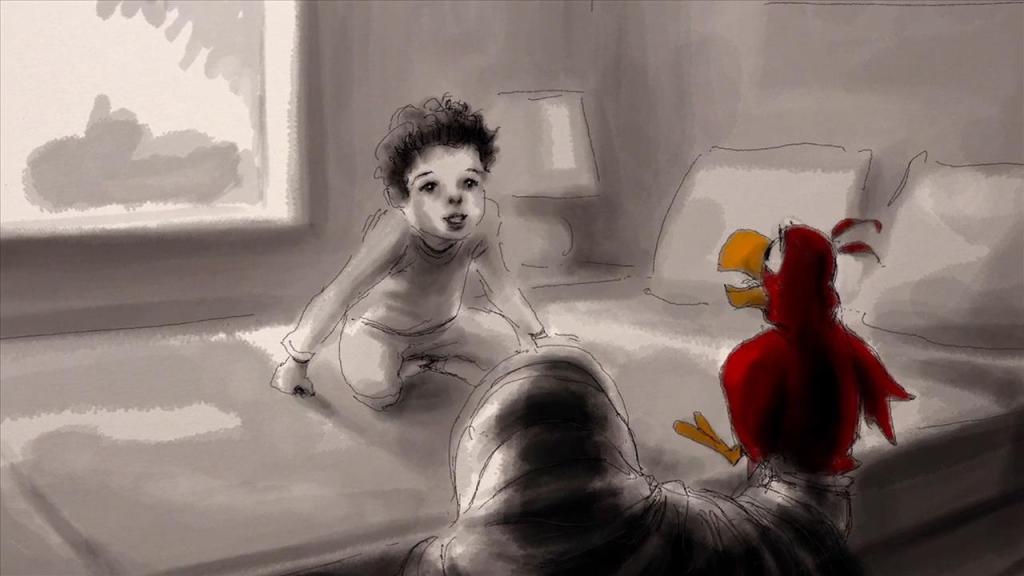 This is not just a documentary about a boy with autism. It’s also a film about seeing the world through film, and that’s something we can all attest to. And that’s why Life, Animated works so well—it opens up multiple points of contact with its subject so that he is never less than human in our eyes. We share so many commonalities with Owen, and these are commonalities we can be proud of. What’s more, we see autism face-to-face and have no cause to fear or turn away. It is merely a different way of expression and comprehending the world around us, and there is absolutely nothing wrong with that.

This got me teary-eyed on several occasions because Owen was so pure and wise, and his family understood him and made sure he would always be accepted. I loved that his story about the sidekicks was given its own animated sequence, and that Disney was so kind as to allow their footage to be used to tell his inspiring story. I got a kick of nostalgia, too, as I loved Disney films when I was a kid, and seeing Owen cherish them in his older years as I myself still cherish them was so heartwarming for me.

The trajectory of the documentary is not unique or unexpected, and I’ll admit I was somewhat bothered that Owen was not given much privacy when he moved into assisted living. His big moment of independence wasn’t very independent with a camera seemingly recording his every move. He didn’t seem to mind, though, so maybe it was OK in the end. Seeing him working a paying job at the local cinema was more than enough to ease my mind.