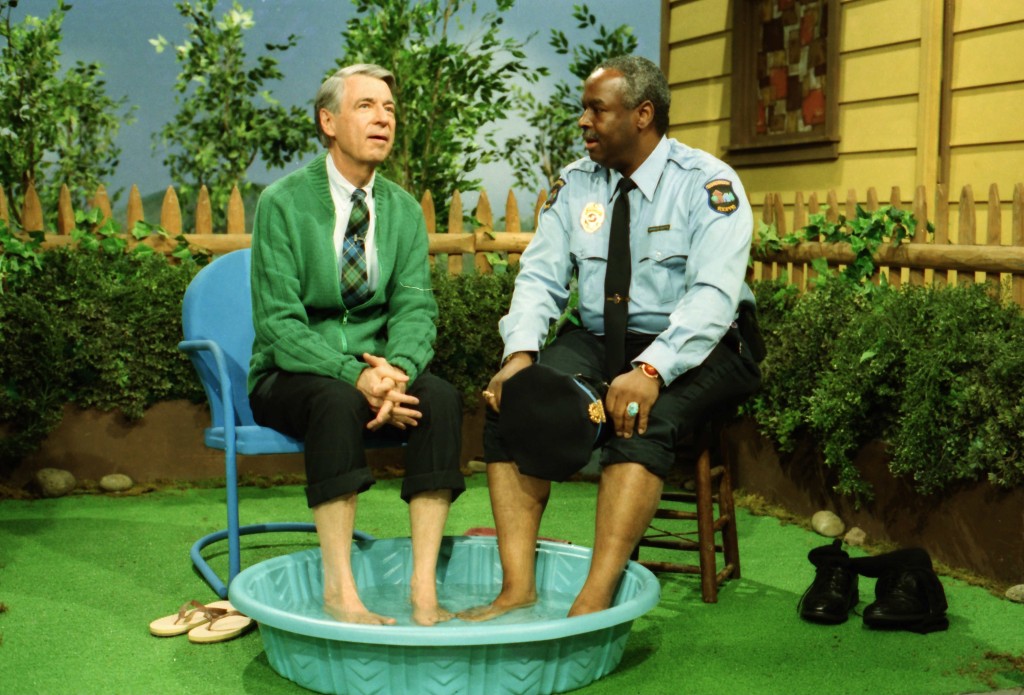 I remember seeing snippets of Mister Rogers’ Neighborhood when I was young. I didn’t catch it in its entirety because I was at school when it aired, but I remember finding it so serene. Fred Rogers had a way of speaking that could be called the very definition of “kindness.” You knew he was not acting a part, but bringing his gentle and unhurried nature to children without guile. You tuned in because a few moments spent with kindness eases all kinds of troubles. You could count on him to do that, because that is what he wanted to do. Bring kind thoughts to others, so that they could pass on those kind thoughts in turn.

Won’t You Be My Neighbor? takes a look at Rogers’ love-giving philosophies, roundly detailing how he got off the ground and the places his show took him. There’s a mishmash of interviews with those who knew him, as well as archival interviews recorded in his later years; sure enough, those latter interviews are more insightful, because Rogers speaks his own truths. The talking heads speak as if on his behalf a little too much, which is an annoyance when you’re dealing with a dead subject. If you have recordings of the man, you don’t need his employees and friends gabbing about what he might or might not have done. Show us more of what he thinks than what they think.

I would’ve made one allowance, and that would be for random people who grew up watching his show. There’s archive footage of one woman going up to him at a school graduation ceremony where he was the commencement speaker, and telling him how he inspired her to pursue an education despite a learning disability. That nearly broke me, and now I wish Neville had interviewed people only connected to Rogers through his show. Then, instead of pondering whether Rogers was the bad influence the conservative critics argued he was, Neville could actually show some real life success stories linked to Rogers’ motivational teachings. Can you imagine how many more tears would be shed? Waterfalls, I tell you!

Now, of course one lost opportunity does not spoil the entire endeavor. The film exudes poignancy because Rogers was so upstanding, and so open. Daniel Striped Tiger singing about his fears of being a “mistake,” which turns into a contrapuntal duet of doubt and reassurance, is an exceptional instance of his genius. The idea of my own existence being a mistake has crossed my mind one too many times over the years. Seeing a puppet sing about such a dark thought would have rubbed an ointment on my sadness, and no doubt it has done so for many, many others. Rogers was so utterly attuned to a child’s needs, and so accepting of their faults, that you can’t help but wish he was still with us, guiding the next generation into a life of humility and generosity.