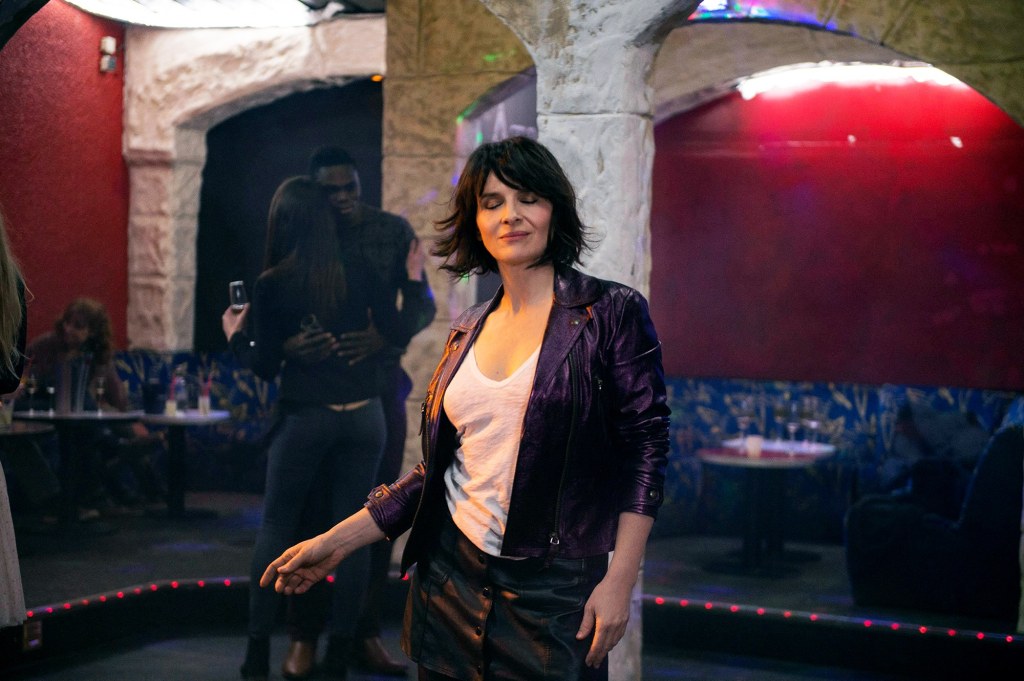 It’s only words, and words are all I have to take your heart away.—The Bee Gees

Claire Denis continues to be nothing less than fascinating with her first film in four years, a far cry from the ultraviolent Bastards. This one is an elliptical study in love and courtship, where words and speech occupy the central role in determining one woman’s search for the perfect man. As you may guess, this search does not prove very eventful, because the way the men speak (or choose not to speak) showcase their inadequacies more than their actions. The quester, an artist named Isabelle, finds herself chasing an elusive ideal, and the emotional turmoil that results is evident in her tearstained eyes and pleading smile. Just show me that you are the One, her face seems to scream during each interaction. Show me that I matter to you. Alas, nothing doing. They condescend, show little interest, patronize, blame her rather than themselves. You may think that her standards are impossibly high, and that she’s being unnecessarily choosy, but then you come to know the men she attracts, and come to understand her point of view. None of them are of the type that would give her the fulfillment she desires. None of them are, in effect, worthy of what she has to give.

A film that amounts to a series of often banal conversations should, in theory, fail to engage. This one works for me, though, because Juliette Binoche is such a compelling anchor of her character’s desperation, and the subtle ways in which linguistics operates here are fun to suss out. Catching the exact words that cause a relationship to crumble instantaneously, and the ones that operate as psychological manipulators to reach a desired outcome. That sort of thing. Even with English subtitles, this “game” can be played out in real time, and when seen in tandem with Binoche’s excellent performance, the whole experience ends up coming together quite well. As this is Denis, there is no happy outcome, and the fact that the credits play over the final scene is as depressing as it is brilliant, because the only solace offered is a strain of empty platitudes (and from a man of dubious character, no less). One can imagine the final scene bleeding into the first frame, so that events come full circle and repeat ad nauseam. A woman forever doomed to seek out the man of her dreams, while every man she meets yields language as a patriarchal weapon.