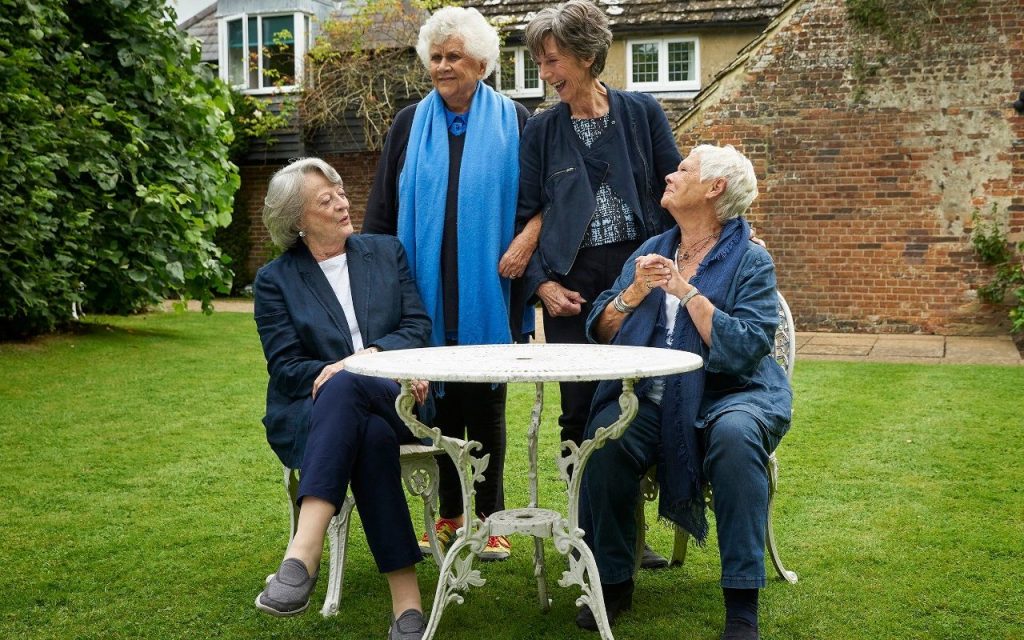 Anyone who is a fan of acting legends should give Nothing Like a Dame (or, as it is now known in North America, Tea with the Dames) a spin. Ideally during a sunny afternoon, with a spot of tea and finger food at the ready. This is likely the only time we’ll see Maggie Smith, Judi Dench, Joan Plowright and Eileen Atkins sitting in the same room, gabbing lightly about their theatre days, their husbands, their difficult directors and co-stars, and their thoughts on aging and mortality. All of them prove witty and engaging, and all have fascinating insights to share about their careers and friendships. It’s like being in the presence of royalty, and these four being Dames of the British Empire, of course it is. Except this royalty has no qualms about being crass (I died when Eileen told Judi that she had “nice tits” back in the ‘50s).

It would’ve been nice if the conversations were allowed to go on organically, though. An offscreen voice shouting basic questions every so often struck me as a little discourteous, as though these women didn’t have the wherewithal to get to those topics themselves. Like, please. I’m sure they could’ve gone on for hours unprompted. Maybe the presence of cameras made them more hesitant to talk freely? I doubt it (especially in Plowright’s case, as she’s completely blind and didn’t know when the cameras were rolling). But even with this wonky format, there’s still so much fun to be had that it doesn’t make much of a difference. You come out of this wishing for another two hours of repartee and dished tea, so maybe there are outtakes? *Maggie Smith voice* Yes, Rog, you’d betta release those outtakes.