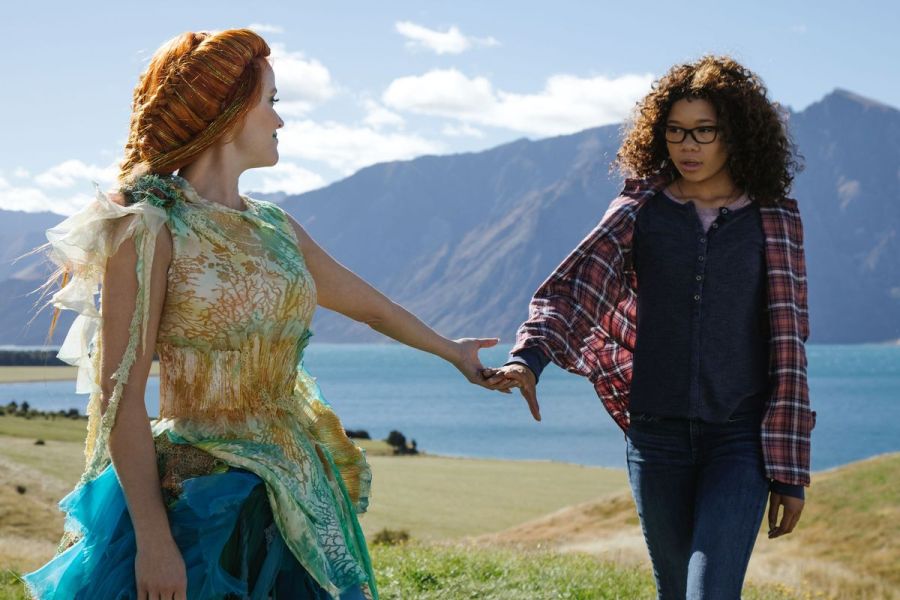 I’m afraid I have to agree with the consensus here: A Wrinkle in Time isn’t very good. Mostly because it’s a mature film trapped in a Disneyfied body, needing to take flight but barely getting off the ground because its wings have been clipped. I could feel Ava DuVernay wanted to do more with the story and play with its darker themes. Give it some more weight, so viewers could be awed by its multifaceted levels of meaning. But she also had to satisfy her bosses, and those bosses clearly wanted something eminently family-friendly. So the compromise was a meeting in the middle, making the visuals shiny and attractive for the younger set and the heroine’s conflict simple for them to understand, while in turn gesturing towards something larger via the interdimensional travel and the IT’s darkness. The problem in this is that it’s hard to take the intellectual stuff seriously when it’s surrounded by so much kiddie candy. For instance, how do you reconcile the final act, with Meg grappling with her insecurities while in the literal grip of demonic synapses, with that scene of Reese Witherspoon turning into a flying piece of lettuce? With Mindy Kaling quoting Chris Tucker without irony? With Giant Oprah summoning a field of animate flowers to save a boy from crashing to the ground? It didn’t help that my audience laughed at odd moments, too, making me wonder if they were actually laughing at the film rather than with it.

The script and performances also leave something to be desired. I don’t mean Storm Reid, who is quite good as Meg; I mean the insufferable boys who play her little brother and schoolmate, as both suck the charisma out of their scenes with alarming speed. Levi Miller is particularly dire in that respect. Of the big names, none of them do very much, though I do think putting Oprah, Reese and Mindy together was a very inspired decision. Chris Pine shows up and tries, I guess. Script-wise, the exposition in the first act is downright cringeworthy in how leaden it comes off, and the initial premise of Meg setting off to find and rescue her missing father goes up in smoke when you realize how badly developed their relationship is in the first place. She could’ve gone in search of a lamppost and it probably would’ve had more gravitas. The self-acceptance message is more effective, but it’s shoehorned into everything else that goes on and doesn’t land with the emotional resonance DuVernay was hoping. It’s all a bit of a muddle, really.

Ava is capable of better, and has delivered great work. I know she can bring the goods. I believe she needs the creative control in order to go about it, and it’s not hard to see that she didn’t have much of it this time around. It’ll happen, though.