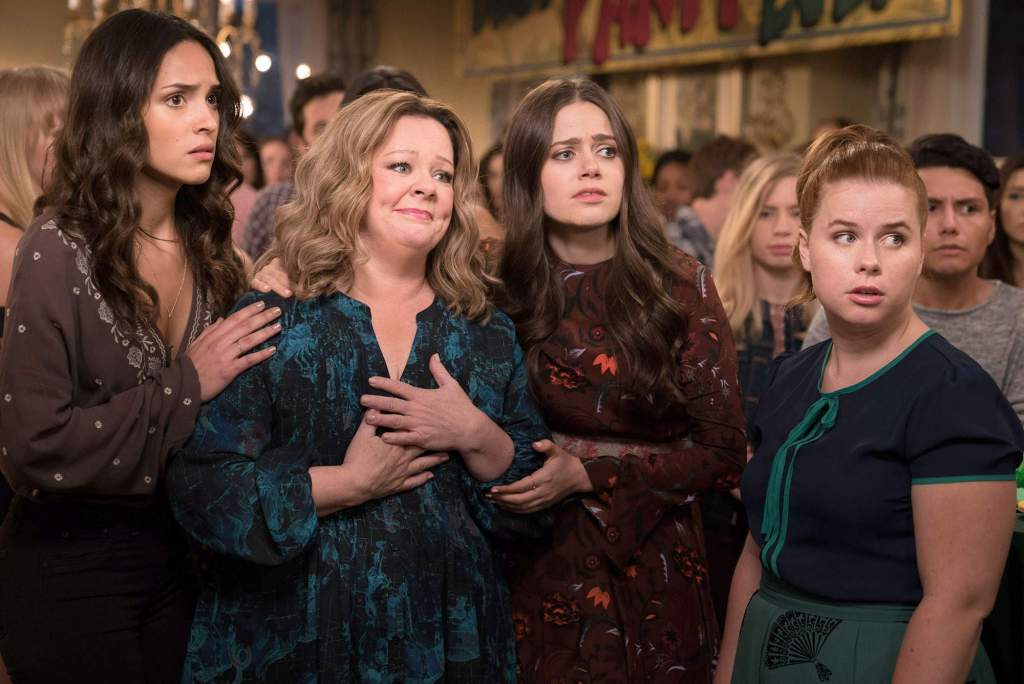 It’s too bad Melissa McCarthy is caught up in the stale comedy machine, churning out these kinds of predictable crowdpleasers instead of hunkering down and doing something really special. She’s a big enough name now to draw a crowd (as was evidenced by my packed screening). Now it’s a matter of drawing those crowds to work she will be remembered by. Because, let’s be honest, no one in fifty years is going to call Life of the Party a career highpoint. It’ll be any wonder people will remember it at all. It’s exactly the kind of safe-n’-sweet cake batter than yields a plain-tasting dessert that you won’t give another thought to. Its punchlines may look risqué at first glance, with a kindly middle-age housewife going back to college to finish her degree and getting embroiled in the usual shenanigans of campus life, but they pass by tamely, tailored to give everyone a good belly laugh without being too shocking or offensive. Really, the farthest this one goes is some vagina jokes and McCarthy becoming a MILF to a fresh-faced classmate of her daughter’s. The usual archetypes that one would see in a college-set story—the weirdo, the slow-thinker, the queen bee—are ably filled out, though unsurprisingly it’s Maya Rudolph’s mouthy best friend who helps McCarthy steal scenes. Why Rudolph hasn’t gotten a headlining role yet is a question that needs sorting out toute de suite.

The film isn’t totally devoid of fun. McCarthy is still a sterling physical comedienne, as evidenced by her oral midterm presentation, and some lines are particularly well-delivered. These moments reinforce the fact that she’s one of the best in the business, and nothing has yet slowed her down. Disposable films like this, though, are cramping her style. And, seeing as she helped write this script, I wonder if she realizes it herself? Or if the movie she wanted to make got bent out of shape by the studio releasing it? I don’t have the answers, but one can speculate.