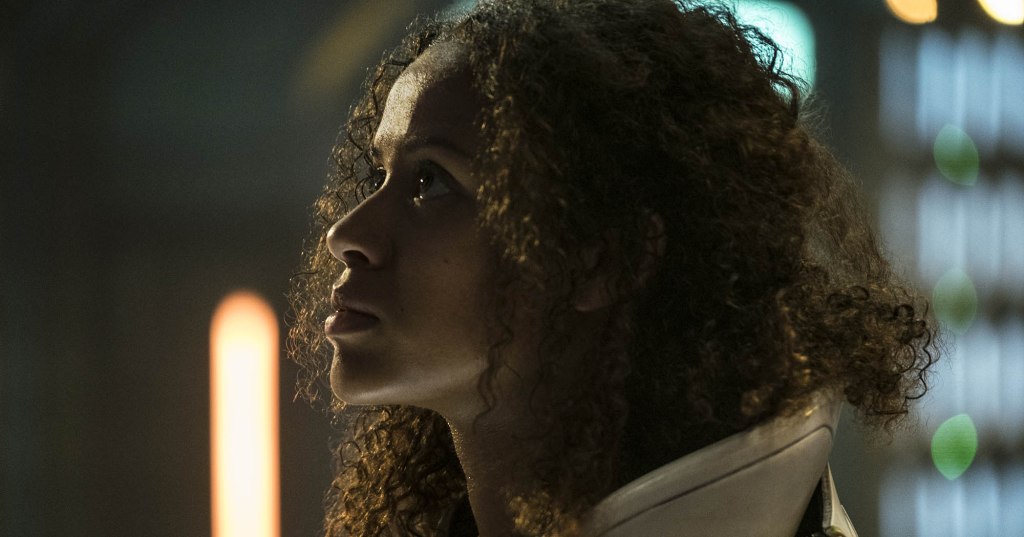 I’m not averse to schlock if it’s entertaining. And there are definitely moments in The Cloverfield Paradox that are fun in a schlocky sense, like Chris O’Dowd’s arm being… ripped? sliced? bitten? from his body, and then ending up as some sentient, disembodied Addams Family reject. Or when the Russian (of course) crewmember is somehow invaded by the worms (?) brought aboard the craft and they explode out of him in that Alien way we all know and love. Like, none of these things make sense, and I think that’s the point? When you miss with physics, random shit happens. The writer of this decided to go along with that premise and had some fun with it. Had he kept it up and delved into even crazier territory, this might’ve come out fine. Unfortunately, he leans too much into hackneyed sci-fi clichés that are so tired by now that I could enumerate them as soon as they happened. You’re going to read other reviews that basically say “This is a mash-up of Movies X, Y and Z,” and they’re right. You could realistically insert a dozen different titles into those three slots, and they’d all gel. This film simply does not say or do anything that we haven’t already seen before, and what’s worse: it’s forgettable. A sci-fi film with a big budget and cool special effects that doesn’t do anything interesting feels like a wasted opportunity every time. This is no exception.

The cast is OK here, though all of them are stuck in something they can’t fix. Dumping talented women like Gugu Mbatha-Raw and Elizabeth Debicki in this also feels like a personal affront. And was Zhang Ziyi only cast in this to appease Asian markets? It felt so odd to see the cast speak to her in Mandarin as if they all knew it fluently, while she was the sole monolingual crewmember. In retrospect, that’s actually kind of offensive? Why make everyone bilingual but her?

Man, the more I think about this one, the fewer virtues I can find. Netflix truly prevailed big time, fooling us into thinking this would be good. Those execs must be laughing themselves silly right now.