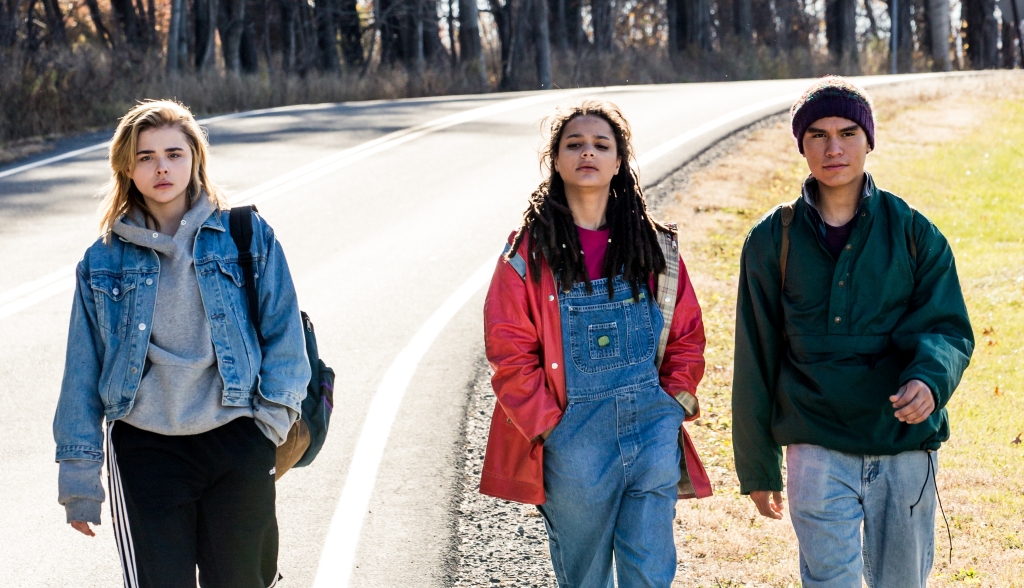 Having already seen Joel Edgerton’s Boy Erased, I’m relieved to say that Desiree Akhavan’s The Miseducation of Cameron Post fares a lot better when it comes to depicting the abuses of gay conversion therapy. Fictional though it may be (as opposed to Edgerton’s film, which is based on a memoir), Cameron Post is still divested of the Hollywood-driven tricks that browbeat you into becoming a cheerleader for some manufactured emotional arc. This film stays away from all that disingenuousness. It does not cater to your tears, instead asking you to see through the eyes of Moretz’s character: a skeptic of the program from the beginning, treating it dismissively at first, but who grows more terrified of its far-reaching implications as events unfold. Cameron’s character avoids languishing in passivity, and is never treated like a cipher being given agency by the story’s action. There is a great amount of interiority invested in her, which Moretz conveys very well through her expressions and physique. She has a backstory and her own unfinished longings, which are given ample time to resonate. She has a sense of humour, as well as her own fears, which she fights not to let spill. Above all, she is a teenager with more questions than answers, and you can see her trying to find those answers all throughout the film. Nor does she need melodramatic beats to make it happen for her.

Whereas the majority of Boy Erased feels watered down and dulled into an agreeable mush, this film gets at the insidiousness of this therapy with greater effectiveness, because its community of characters feels better fleshed out. Characters like Mark, Erin and Helen, with their tenuous beliefs in the therapy’s benefits, provide a greater spectrum of its harm, with each character falling apart in different (but no less significant) ways. Then you have Jane and Adam, who have their own ways of coping, but who are just as scarred by the experience. Cameron’s own interior life is brought into relief by these contrasting worlds, and the ways in which she interacts with them help her to stave off the therapy’s serpentine hold. I think that’s why the listless nature of the film’s pace is beneficial. It’s not just about documenting an abusive practice, but seeing how a nexus of relations is distorted by its malicious tendons. There is no clear-cut way to traverse such a nexus, so the best thing is to go about it naturally: follow Cameron’s attempt to navigate it in a believable way, through a rising sequence of interactions. That way, everyone occupies a necessary space in the mechanism, and their roles can condemn conversation therapy without a loss of subtlety. It works well enough, because there’s only moment where some subtlety is evidently lost. But it passes just as quickly as it arrives, so it doesn’t upend the connective tissue or throw the film into existential chaos.

Two gay conversion films in one year may seem like a lot, but considering how seldom this topic is addressed cinematically, it’s a statistic worth celebrating. It doesn’t matter if they vary in quality, either. I know survivors of this reprehensible practice will be greatly touched to see versions of their stories go out to the masses, and there is also the possibility that these films will save lives, too. To me, that is worth more than any trivial rating or monetary gross. With films like Cameron Post making a difference, I can be assured that the cinematic art form is more vital than ever before.