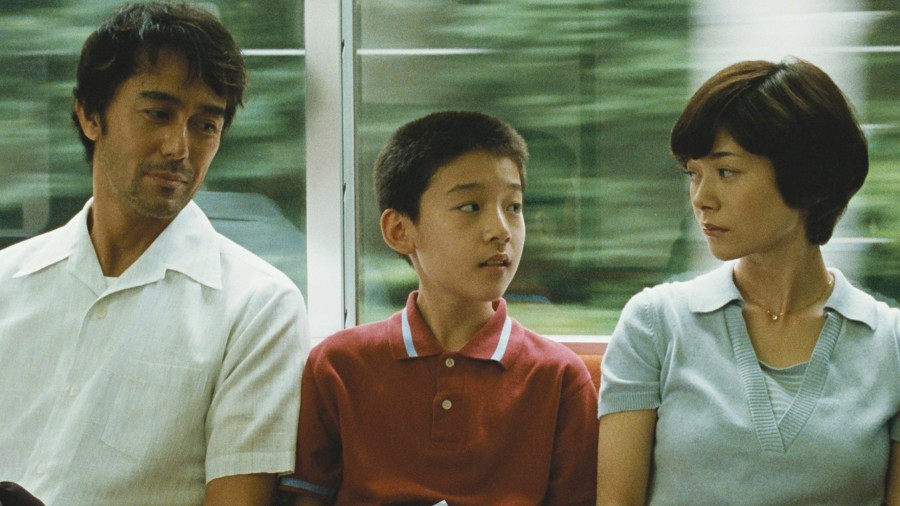 With After the Storm, I can now say that I’m no longer a Kore-eda virgin. I don’t know why it’s taken this long for me to watch one of his films, because if this one is anything to go by, he knows how to give you a tonic for your soul when you most need it. With scenes that are akin to granules of grace being fed piece by piece, After the Storm tackles fatherhood and responsibility by way of Ryota Shinoda (Hiroshi Abe), a grizzled novelist who works as a private eye in order to pay child support to his ex-wife (Yōko Maki). Jealous of her new boyfriend, he takes to secretly following them around, silently wishing he could start things over and be a better dad to his young son, Shingo. But how can he, when he nurtures a gambling addiction and makes frequent trips to his mother Yoshiko’s (Kirin Kiki) apartment to pawn his dead dad’s things behind her back? Change, he learns, is not twisting back the hands of time, or making futile promises while still indulging in self-destructive behaviour. When a typhoon blows in and strands him, his ex and his son at his mother’s for a night, he must face the fact that the damage has already been done. That is not to say that the future is one of desperation, however…

Kore-eda takes something of a risk here by delaying the typhoon scenes until the last possible moment, opting instead for more scenes of Ryota at work as a detective, or Yoshiko living her daily life as a widow. The detective material is perhaps the film’s least interesting aspect, involving characters that largely come and go without fanfare or context, yet because it gives us a sense of Ryota’s almost mercenary personality, it still feels warranted. In fact, had the film jumped to the typhoon section too early, it would have been at the expense of some of the great character work that Abe delivers, so it ends up being the correct decision. It’s best to deliver a centerpiece only when everything built around it is detailed to maximum effect, so kudos to Kore-eda for getting it right.

Also kudos to Abe and (especially) Kiki for their lovely and lived-in performances, which give the film so much of its vitality. Both master the art of providing their characters with an empathy that radiates from the screen, making our journey with them all the easier to traverse because of how compelling they become. The technical aspects are very modest by comparison, and visually, the film doesn’t reach the heights of its actors or its script. But it doesn’t need to, because it has more than enough elements to satisfy a picky cineaste like myself.

Can’t wait for whichever Kore-eda I see next.