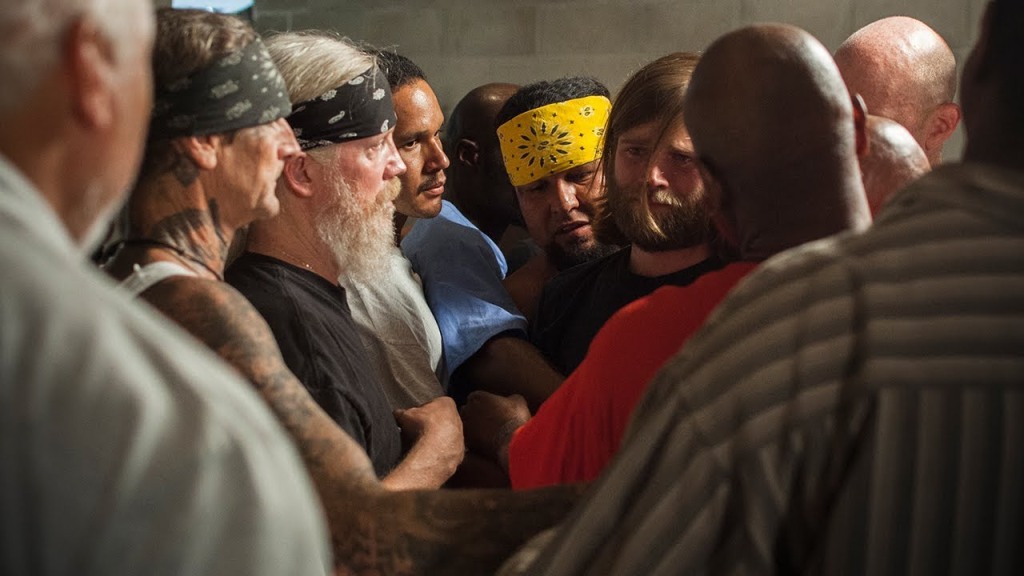 Therapy can be intense. Intensive group therapy? Man. I don’t know how else to compare such extreme cathartic intervention other than as a form of non-supernatural exorcism. It must take mountains of courage for grown men to relinquish their deepest, darkest demons so openly and then crumple into balls of unfiltered emotion. And even more courage for the other men around them to be affected by their vulnerability and in turn be so openly unguarded as to weep for them, too. Their courage shouldn’t really be necessary. Humans can cry if they want to. We, as a society, have raised men not to do so. Unsurprisingly, the masculine ethos has proved destructive. Repressed emotions double their intensity and often become violent. Men who were good in youth grow up to make terrible decisions, pay the price and are incarcerated. In The Work, however, we see that they are not monsters. Once they break down the toxic masculinity that caused them to do evil, they come to understand something monumental: that they can be good people once more.

What holds me back from lauding this documentary is the fact that, well, it exists as a documentary. Would these reactions and situations have played out the same way if no cameras were present? Is anyone playing things up because they are conscious that outsiders will end up seeing them? There’s no way to tell. I should like to think everyone involved paid no attention to the cameras and forgot they were even there. The expert way in which this is edited tries to make it seem that way, with everyone’s intense focus on whoever is being spotlighted in a given moment. But who knows. If I were there and a camera was hovering over my shoulder, I’d be aware of it even if I didn’t want to be. And that awareness would most certainly affect my experience.

Despite that qualm, I’m glad something so gruelingly powerful came out of that four-day session. Just the sight of seeing these tough-looking guys cheering someone on for pouring their soul out was very touching to me. How supportive they were, how kind. The fact that they’re prison inmates stops mattering almost instantly, because, in the end, they want to cleanse themselves of the demons that haunt them. The determination is in their eyes, and in the tears that they spill.