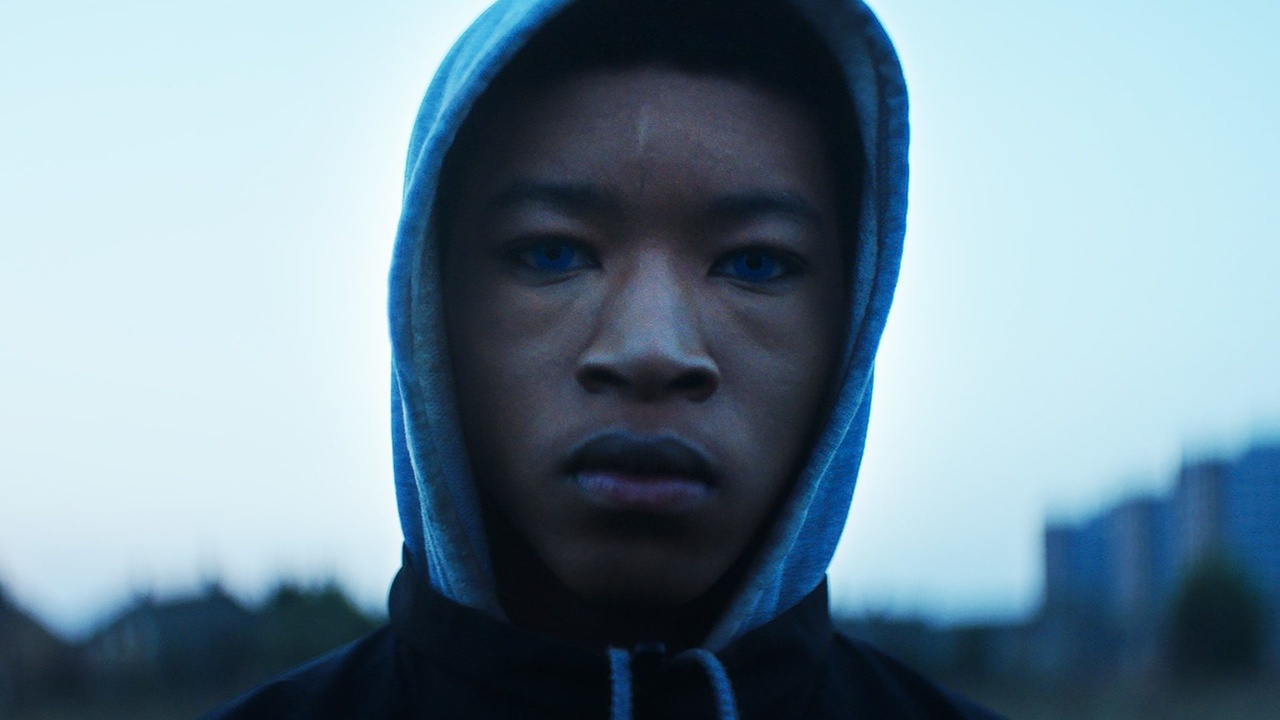 I could definitely feel the Moonlight influences in this short documentary about a black boy’s desperate drive to survive after moving to a racist neighbourhood in Essex. The direct address to the camera, and the sustained close-up of his face is one noticeable feature, as is the shot of his younger self in the reenactment staring in the mirror, bathed in a sickly yellow light as he contemplates the severity of his situation. The cycles of violence and helplessness are vicious, and the way it leads to this boy’s willing erasure of his racial markers is sickening. Learning that he bleached his skin to appear less of a target made my skin crawl. All because he lived in a bad place. Horrifying.

I only wished his story felt more complete. We end with him recounting a terrible act of violence, and the film drops away after that. He is still alive (thankfully), but at what price? We are only left to assume, and to stew in our unease.

The topic of palliative care is important. It requires openness and honesty, because much like how some of the patients and loved ones profiled in Netflix’s End Game reveal their own thoughts about the matter, there is still some stigma associated with its entailments. Some welcome it with open arms. Others shun it with all their might. If the filmmakers of this short wanted to clear the air and make it less of a taboo, I don’t know if they achieved everything they wanted. One reason is because their main focus is on a cancer patient who is never brought to a hospice. Her family refuses the option, and she dies in her hospital bed. Hospice patients whom we do meet occupy a third of the film’s runtime. We only see brief glimpses of the palliative care the filmmakers wanted to destigmatize in the first place, which comes off as rather counterintuitive.

Also, to be rather blunt: this is very grim viewing. Sometimes intrusive, which is ironic considering the central family agreed to let the filmmakers document their wife/daughter/sister’s last days. It still feels like they left too much in anyway, lingering on their grief and sorrow in a way that didn’t make me feel like I should have been privy to it. The way it does handle the question of death, and the dignity afforded to the newly deceased, works for the most part, and I like the final note it ends on. But the general aim still feels lost in the translation.

Seeing those boats bobbing perilously on the waves, packed to the brim with human bodies in distress, is the most surreal thing. It’s a sight I’m sure even the most experienced volunteer rescuers can never get used to seeing. Skye Fitzgerald’s work in capturing their efforts, as well as talking to some of the migrants and getting to know their situation, is laudable. It’s a crisis that should be documented for posterity. I’m more ambivalent about the form here. There’s something too clean about this film that rubs me slightly the wrong way. It comes across as though Fitzgerald was doing his utmost to make this film look aesthetically pristine instead of, you know, actually caring about the plight of his subjects. It’s modulated to a fault, gliding through the events instead of trying to visually express the high stakes at hand. Grit and urgency should have been the order of the day.

It’s also another documentary short that somehow never justifies taking the short route. The material here is far weightier than the half-hour purview we’re given. I’d watch another hour if it meant digging deeper into this crisis, and learning more about the migrants’ journeys after their perilous crossing. 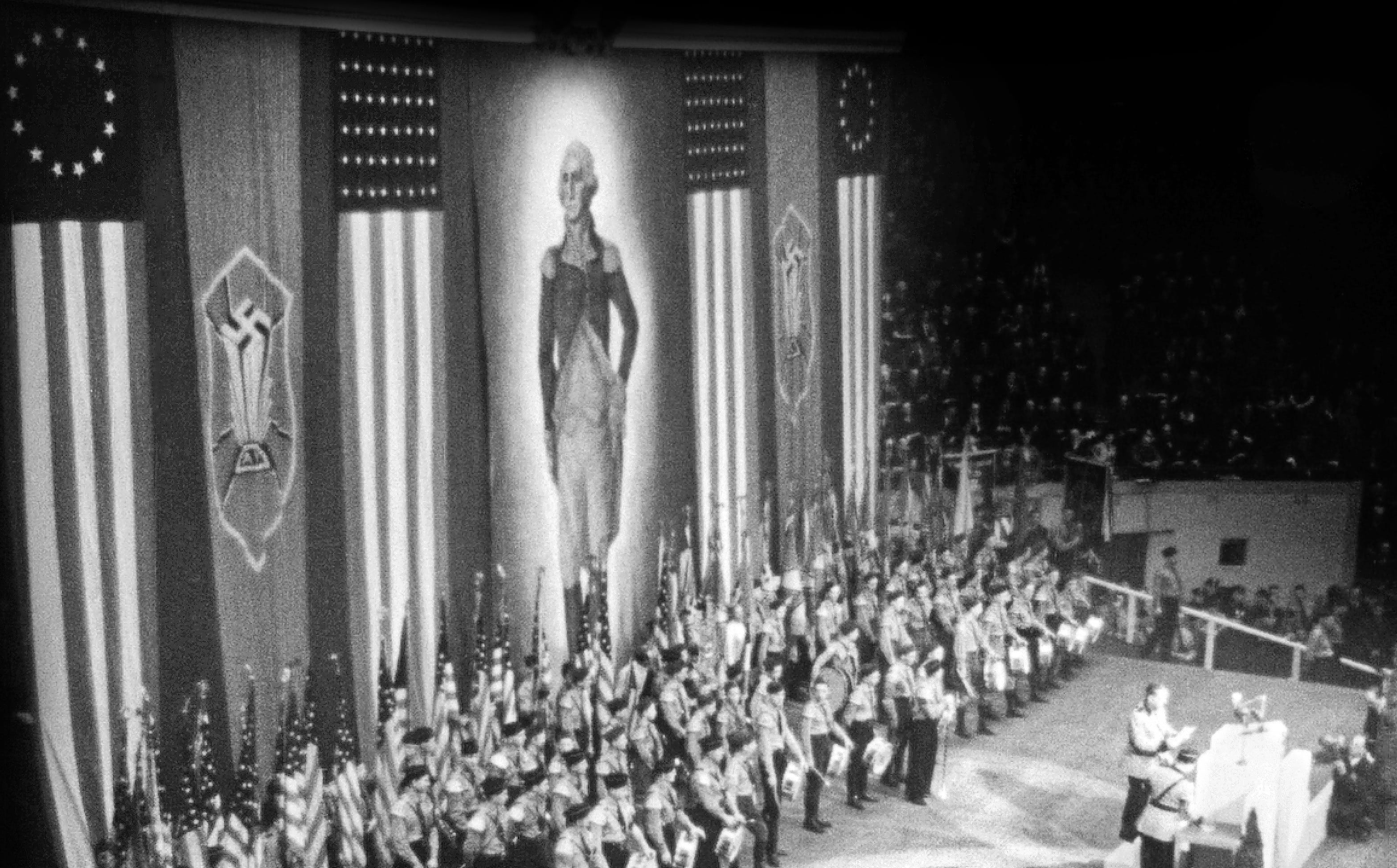 This could very well be the most deceptive film in the category. At seven minutes, it’s over in a flash, and comprised entirely of archival footage from 80 years ago. And yet, it sends a chill down your spine. There are small moments—almost imperceptible moments—that speak volumes when you catch them. The cinematography is fantastic… and then you remember it was all filmed by Nazi sympathizers, and suddenly a different kind of pall is cast over things. A lot of opposing forces are at work here, recalling a rarely remembered event and simultaneously channeling comparisons to the world we live in today, where gatherings like this continue to occur. It’s a quietly rigorous work that masquerades as something minor, much in the same way as the wolves next door step onto their thresholds and out of their doors as kindly sheep. You don’t give them a passing thought until you look closely, and see the truth staring out plainly in front of you.

I think this doc comes off more superficially than the filmmakers would like. The stigma of menstruation in India could’ve been contextualized with greater detail. Even when it’s touched on intelligently, it still feels like they’re digging at the surface, highlighting the most obvious reasons while only alluding to the more insidious ones. They also indulge a little too much in bashful, embarrassed reactions from the village women and girls without taking the time to scrutinize those reactions more closely and examine why it’s the kneejerk response that comes whenever menstruation is mentioned. The making and selling of the pads is interesting and worth following, but for me, the sociology is what fascinated me most, and it’s the part of the doc that doesn’t have enough substance.

That being said, the production values are very strong, and the whole thing is edited with a nice flow that picks up the crowd-pleasing beats well. The filmmakers were also very savvy in ensuring feminist topics like bodily autonomy and social independence in a patriarchal collective were discussed. Those are the kinds of brownie points that win over audiences in a heartbeat. Did they foresee they were making an Oscar-nominated film? It feels like all the main ingredients are there.

All five shorts have some flaws that prevent them from being standout entries. Either they don’t give us the whole picture, or they’re looking at their issues at inconvenient angles. Strangely, the doc that accomplishes its goals the most successfully, A Night at The Garden, is an archival piece that required the least amount of effort on the part of its team. Docs like End Game and Lifeboat, which conversely seem rigorously planned out and executed, nevertheless don’t do enough to address their concerns, and leave you wanting more. Black Sheep and Period. End of Sentence. exist on a middle ground. While they’d be fine winners, they’re not going to be seen as shining examples of the craft.

Still, when you account for their faults, this is still an illuminating group of topical films that speak to the world we live in at this moment, where issues of racism, health care, immigration and extremist politics remain as prevalent as ever.