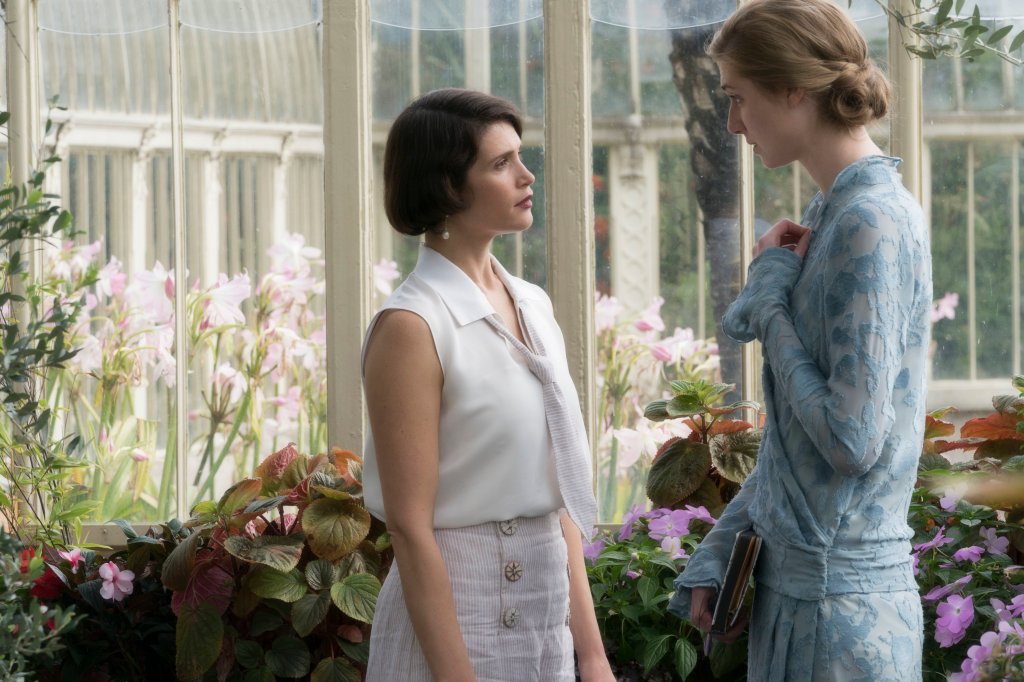 Virginia Woolf is one of the greatest writers of all time, and certainly one of my favourite authors. It was, then, with much anticipation that I waited for news about Vita & Virginia to arrive out of last year’s Toronto International Film Festival—and I was disappointed when word of mouth wasn’t strong. But I had already made up my mind: regardless of critical consensus, I would watch it when it was released commercially because I’m a hopeless shill for Virginia Woolf content. And now that I’ve seen it, I’m afraid I must agree with those who say it isn’t very good. But I’m willing to at least concede to good because of Elizabeth Debicki’s exquisite performance as the complicated author, who famously battled severe mental illness while writing the most exquisite modernist prose ever put to paper. The statuesque Debicki is an alluring presence, always cogent of expression but deeply wracked by invisible strains that her eyes convey in wordless gazes. It is wholly believable that a fluttery presence like Gemma Arterton’s Vita Sackville-West would be drawn to her like a moth to light. Debicki’s Woolf feels like a deep well of continuous insight for someone like Vita to draw on, while Vita’s abundance of life and gaiety would certainly have drawn Woolf closer and closer in a likewise manner.

But the film’s strange flaw is that it can’t light an effusive spark when these two talents are brought romantically together. Apart they are fascinating characters; together they become trapped by the usual constraints of forbidden love, which Chanya Button tactfully enumerates: emotional love letters, disapproving husbands, petty spats and a mad jealousy when rivals enter the picture. The affair which ultimately led Woolf to pen Orlando feels buried in oversimplifications and dressed in conventional plotting. The most unconventional aspect ends up being Isobel Waller-Bridge’s doggedly contemporary electro score, allegedly composed around clips of Debicki’s own heartbeat. It is really the only risk that Button takes because of its deliberate anachronism, wanting as she does to universalize the love Vita and Virginia felt for each other, yet the film around it doesn’t seem entirely worthy of the trouble. It is, in essence, a competent period piece that is strongly performed, but one that lacks a unique flavour beyond Waller-Bridge’s contribution. For a film based on one of the most revolutionary minds of the twentieth century, I would have hoped for something equally challenging. Something that would have audiences that Virginia Woolf is still as relevant as ever. Unfortunately, this effort appears to achieve the opposite, giving her life the pallor of the conventional past.

Without Debicki, this wouldn’t have worked, and it’s with much gratitude that I write that her presence made all the difference for me. In truth, it usually does.