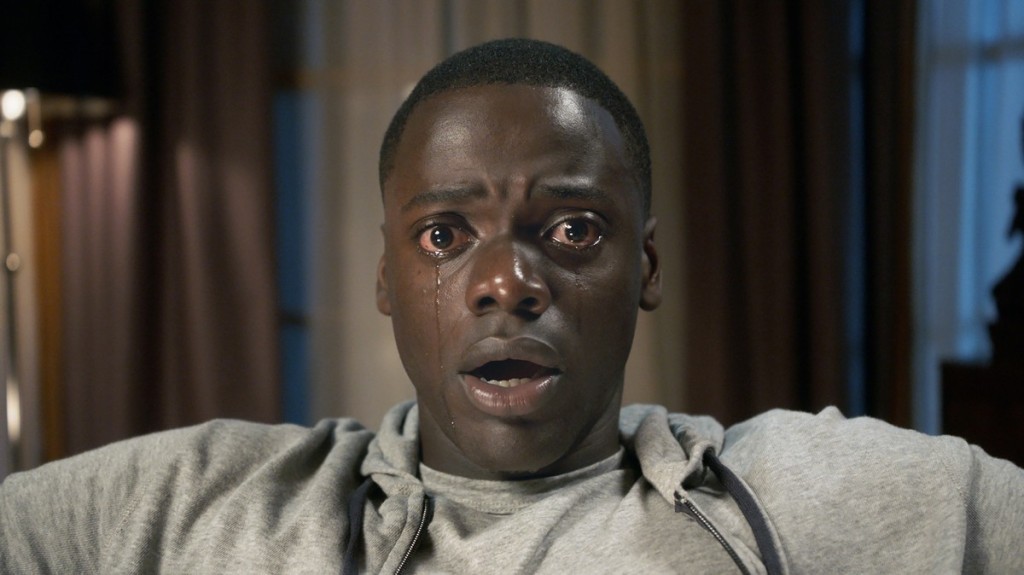 There’s no need for me to go into the plot of this one: I think by now everyone and their mother’s sister has seen this, or at least has heard the gist of what it’s going for. Jordan Peele has crafted a fantastic send-up of some of pop culture’s most famous horror stories (Ira Levin’s, in particular), mixing it together with a screamingly good social satire that skewers those fluffy white, bourgeois liberals who, gosh darn, try so hard to prove they’re not racist, and in the process show that, yeah, they really are (even if unintentionally). The dance of the microaggressions, which Peele navigates with a deft hand and which lead star Daniel Kaluuya uses to show off a mighty range of reactions, whether slightly bemused or barely holding it together. Kaluuya is, without a doubt, fabulous here: beautifully expressive and sensitive while always in command of the audience’s sympathies. He’s especially transfixing in the hypnotism scene… but, c’mon, we all know that already. We’ve all seen the posters of his tear-stained, horrified expression.

For people who appreciate even bits of subtlety, I don’t think Get Out will satisfy that itch, because the fabric of its mechanism is so unabashedly exposed throughout its narrative (and this is probably even more evident on a rewatch). It doesn’t try to fuck with the viewer as much as it lays out the barefaced truth about one unsettling aspect of contemporary race relations, and I think it works well. I mean, if you were a black man and met black people working as servants in a white household, behaving like characters out of Uncle Tom’s Cabin, I think the jarring incongruity would be enough to send a chill up one’s spine—even more than if they were simply ghosts, for instance. So the horror of this story, while not immediately evident, does manifest itself as Peele builds both his scenario and its implications.

I hesitate to call Get Out a masterpiece, however, if only because the schlocky B-movie reveal is half-baked, and the renegade ending—apart from the wonderful moment when the cop car pulls up and instills some last-minute tension—felt like the easiest way out (quite literally). I felt the beginning and middle were crafted with a great amount of thought and precision, but when it came time to kick the horror aspect into high gear, Peele fumbled the ball a bit, giving in to expectations without (the cop car aside) trying to modify them in truly exciting ways.

But even if the ending is something of a letdown, Get Out is one of those films that is hard to shake. For black viewers, it is like their very own version of Dante’s Inferno; for white viewers, it forces us to question our own complicity, and whether we may behave in racist ways without ever even realizing/intending it. Either way, the film’s robust, knife-sharpened praxis is undeniably effective, and it will be hard to find a better satire this year, that’s for sure.

P.S. Betty Gabriel is so fucking good in this, like holy shit.