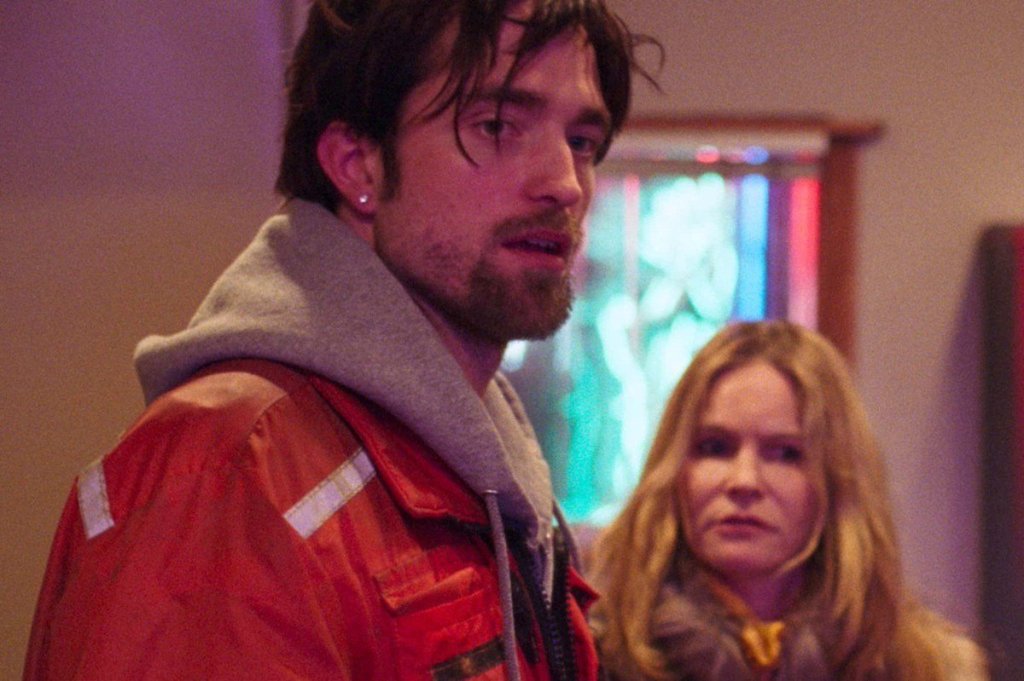 Good Time is gobsmackingly good. Thrillingly so. I’m in awe of what the Safdies achieve here, which is neo-noir (neon-noir?) and social realism mulched into a decayed panic attack. Such an attack stems from the arrival of Robert Pattinson’s Connie, who swoops in and pulls his mentally challenged brother Nick out of a psychiatric session before robbing a bank with him. Connie feels he is responsible for Nick—nay, believes he is Nick’s sole hope for salvation—but his actions result in Nick’s incarceration. For someone like Nick, prison is a hostile place, with people who misunderstand you and are quick to do you harm. Before Connie can post bail, Nick is savagely beaten and moved to a hospital. Connie wants to free his brother because he loves him. He is Nick’s unofficial ward and guardian. Yet decision-making isn’t Connie’s strong point, as we later find out on a night like no other. A night that goes from bad to nightmarish very quickly.

I’ll get it out of the way now: Good Time’s plot borders on the fantastical. It’s a line of dominoes that is too neatly set to topple, with one misfortune giving way to an even grander one. Connie goes through the ringer one too many times, always managing to evade the law at every turn in ways that are virtually serendipitous. You’d almost think some god or saint was looking out for him. Yet even for all that, the film is spectacularly fraught with Connie’s adrenaline, urgency, and mission. As despicable as he acts sometimes, there’s no question that you want him to do good by Nick. And the Safdies film the shit out of Connie’s mini-odyssey, silently commenting on class, white privilege, poverty, and the survival instinct inherent in criminal activity through claustrophobic camerawork and filtering the action through artificial light and nauseating colours (particularly hot magenta). Those who favourably compare this to Scorsese’s earlier work are not wrong. The hard-knock life is a grungy affair—and a captivating one when told well.

I must end this review praising Robert Pattinson, because this is by far one of the greatest performances of the year (and, in a perfect world, would garner him a justly-deserved Oscar nomination). Like his Twilight co-star Kristen Stewart, Pattinson has forged a solid career in the years since that franchise ended, and Good Time is exactly the kind of project that proves his mettle. He is a formidable force here, playing a ticking time bomb with dirt under his nails and an impeccable Queens accent. He gels perfectly with his co-stars, and even in the quiet moments he never loses our attention, radiating an intensity that oscillates between fear and composure. I want to see more and more of him, and after Good Time, I think I will.