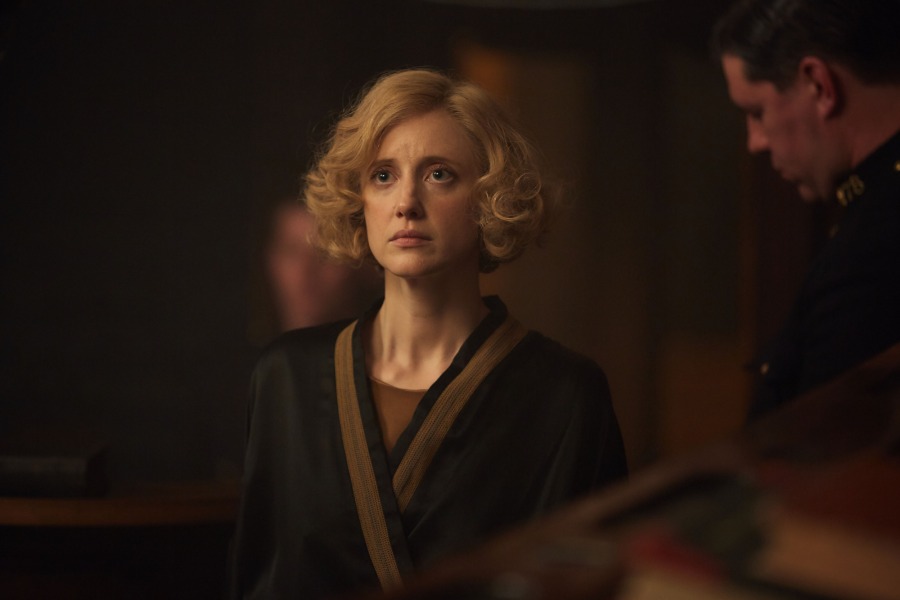 This story was most famously adapted in 1957 by Billy Wilder, and headed by the likes of Charles Laughton and Marlene Dietrich, it’s a smashingly good endeavour. Ben Affleck is also doing his own version, though heaven knows why. Wilder’s version is already a classic, and while this BBC adaptation is not quite at that level, it succeeds in doing a great deal with very little (after all, this is based on a short story).

Here the plot is embellished just enough to make the characters come alive as three-dimensional beings, but the core scenario is left unchanged: a wealthy woman is killed in her home, her young lover is accused of the crime because she had left him everything in her will, his wife is the only one who can save him from the gallows, but in a sudden turn of events she defects to the prosecution, claiming that he was guilty all along. As with any Christie mystery, there are some subtle twists that complicate matters, clouding everyone’s motivations and making the prosecution’s case less than certain. Furthermore, screenwriter Sarah Phelps throws in her own changes, which sharpen the story’s psychological import and give it some of the darkness that made her adaptation of And Then There Were None last year so successful. Her tinkering this time around makes the whole endeavour more melodramatic than I would’ve liked, but the ways in which justice is perverted (and so easily) by the culprit probably allows her those liberties.

This is not only a murder mystery, though. It’s also a sad rumination on how destructive World War I was to the people who survived it, as well as a scathing indictment of misogynistic legal practices that allow women to suffer in order to obtain the desired results. Romaine’s final outburst in the courtroom (“You fucking MEN!”) is so cathartic in that sense. Men make the messes, and other men who try to clean them up only end up making them worse, and at women’s expense. And yet, despite their victimisation, it’s a woman who gets the last laugh here. Or, shall I say, the last swan song.

Capping it all off are some terrific performances by Toby Jones, Andrea Riseborough, Hayley Carmichael, and one of my favourite character actresses alive, Monica Dolan. And that Billy Howle is really doing well for himself, isn’t he? Call me intrigued.