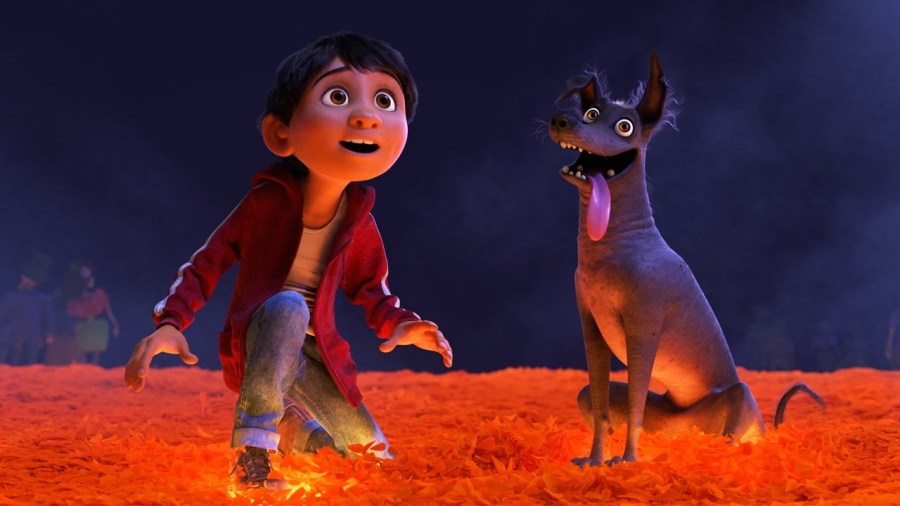 To be frank, Coco’s story is hardly that praiseworthy. When the first act kicks in, you instinctively feel as if you’ve seen it all before: the artist dreamer who’s forbidden to pursue his passion; the loving family that is nevertheless cruelly unfair; the realization of a long-lost relative’s identity and the search for confirmation. Then the Pixar elements unfold, which involve our young hero being magically transported to the Land of the Dead to meet his dead ancestors and to find the man who cursed his line into menial servitude (i.e. as cobblers). Now, I’m not going to spoil anything, but the unidentified relative plotline will play out in your head about an hour before it plays out on screen. Which is to say, you can see what’s coming from a mile off, and as such, the twists are not going to come as a surprise. So this is not the best script that’s come into Pixar’s hands.

You can never discount the power of this studio, though. Just when you think it’s serving you warmed-over leftovers, it pulls together an extraordinary ending to make you ease up on your griping. Truly, no matter what you think of the first two-thirds of the journey, the destination is bound to leave you in a puddle of tears. It got me, it got the women next to me, it got the people sitting behind me and in front of me. When all you can hear is a chorus of sniffling, you know the film has ultimately won the day. And its beauty lies in its truth. I remember how, when I was little, my grandmother was in the early throes of dementia. She was beginning to forget little things, like where the bathroom was or how to get back into the house after raking the leaves in our yard. But I vividly remember one thing she never could forget: the folk songs of her homeland. Some days I would hear her in the living room, singing them to herself. For some unexplainable reason, music stays in our hearts rather than our minds, and this is a fact that Coco depicts with breathtaking virtuosity. Even when our loved ones stop recognizing our faces, a tune from their childhood will perk up their ears, and if they begin to sing, it becomes a moment you wish could last forever.

Like much of the Pixar canon, Coco is a universal film that reaches the hearts of both children and adults alike. It’s about remembrance and death, family and ambition, legacy and cultural heritage. As much as I find the majority of the script unremarkable, it is still incredibly animated and densely researched, recreating the splendours of Mexico and its traditions without resorting to cheap stereotypes and broad generalizations. The songs are sumptuously rendered; the voice acting is consistently engaging. Yet it’s the ending that, above all else, turns all your prior skepticism to dust. It’s pure Pixar. Pure goodness. And it’s a reassuring sign that this studio hasn’t gone to the dogs as of yet.