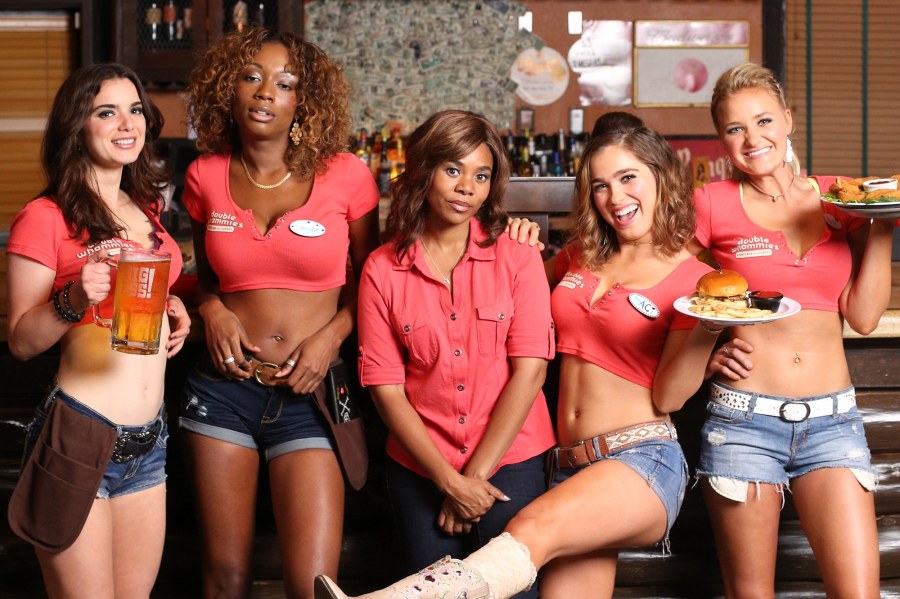 I love that this is a love letter to working-class women like Regina Hall’s Lisa: women who carve out careers in the hospitality industry and put up with a shit load of racism and misogyny in order to keep their young female employees safe and protected. I have not worked in a sports bar, and don’t frequent ones that rely on sexualizing the staff, so I can only imagine the kinds of bullshit these workers have to go through on a daily basis. This film covers those bases, including the demands that emotional labour imposes on them, with unflinching finesse, making a firm statement while couching its approach in light touches.

The perpetual optimism of Haley Lu Richardson’s Maci, for instance, is remarkably effective, as is the pleasing absurdism of a would-be thief getting stuck in a ventilator shaft without anyone really noticing until much later. As damning as the film can be, it does not let itself be defined by what it’s condemning, choosing instead to find positive avenues of feminist strength and solidarity. And I think that’s why it’s so beautiful and affirming, and why something as simple as the final scene can be so exhilarating and cathartic. These women, in the end, have each other, and no one can tear them apart. Not even a shitty restaurant owner, or the shitty men who frequent his shitty establishment. They’re the losers here.

Hall’s performance here is extraordinary, more so because she is displaying a level of talent that she’s rarely been able to utilize before. Her Lisa is just so genuinely warm and courteous, but also so tired with the nonsense she has to put up with. And you know she’s trooping on because of her girls. Haley Lu Richardson is an utter delight as Maci, displaying the kind of versatility that assures you she’s going to go far. And Shayna McHayle (alias Junglepussy) is also wonderful, especially in her line delivery. Fact is, everyone has a moment to make their mark, because this film is all about generosity. Thinking about the good of others, and acting in their best interests. It’s one of those films you know we need in this climate, because it both critiques it and offers salvation.