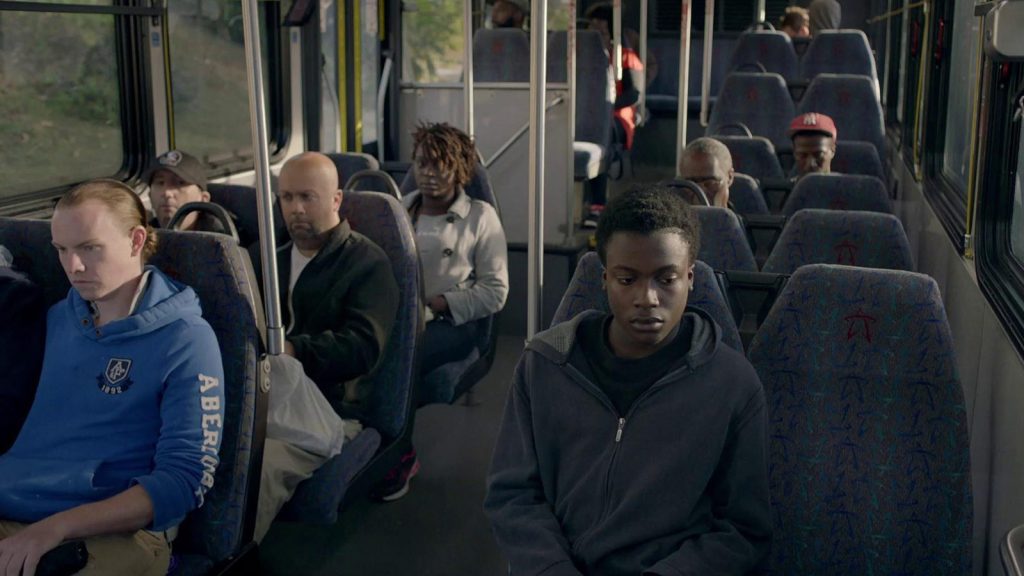 I’m excited for more people to see Life and Nothing More when it eventually makes the rounds, because I want to see sentences like “Regina Williams is a star in the making,” “Regina Williams gives one of the best performances of the year” and “Regina Williams proves that non-professionals can give the big names a run for their money.” Because it’s all true. Miss Williams, as a single mother living with the burden of a minimum-wage job, a little girl, and an older son on the verge of letting his anger overwhelm him completely, gives a sincere, unadorned, and immensely powerful performance that makes room for all kinds of moments, big or small. In wordless scenes and in scenes where she only has her words to spare, she opens up to a whole spectrum of women who struggle to make ends meet, who love their children, who wish to God that being a parent were easier, and who, at the end of the day, want to sleep in a loving bed, with a loving partner. She takes on their often invisible livelihoods and strikes a resonant chord by giving them a voice and visibility on the big screen. Whether she has lived the same life as her character, I do not know, but her performance is so natural, so effortless, and so raw that I did not care. It spoke truth in my eyes, and I feel that same truth will be felt to anyone who watches her.

That is not to imply that Williams “saves” the film or anything. Even when she is not onscreen, there is a subtle power at work here from just the way the camera is positioned, certain scenes are edited, and how transitions in time are handled. There is a magnificently naturalistic approach that also allows for short bursts of unexpected power, such as the use of voiceover when a letter is read. In short, the way Life and Nothing More is constructed is commendable in every respect. It creeps up on you and hits you hard when you least expect it, and Regina Williams stands by to make you feel every sting and pang. Bravo to all involved.