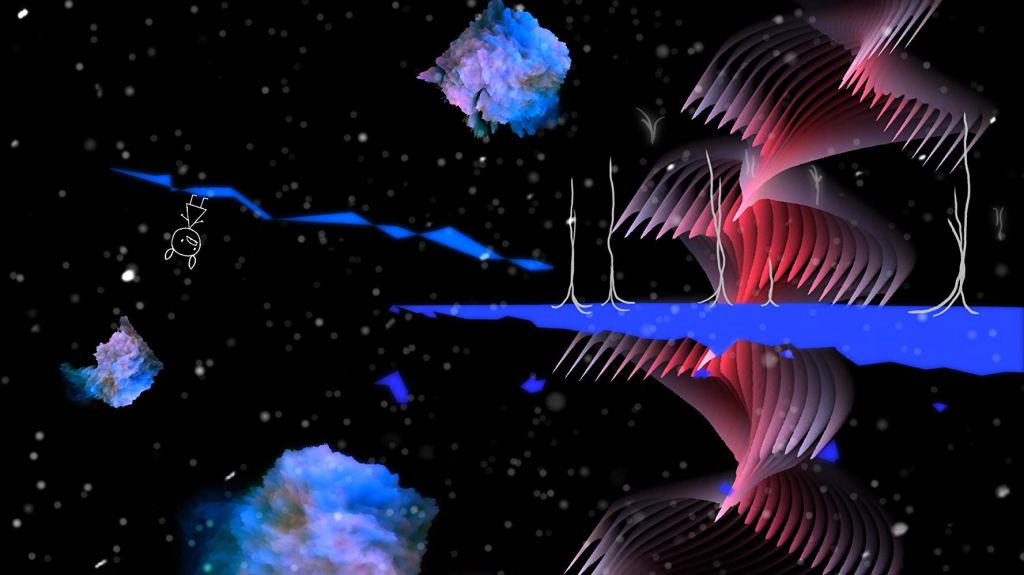 Maybe we didn’t need a sequel to the perfect World of Tomorrow, and I would’ve been happy without one. Nevertheless, Don Hertzfeldt gave us a sequel after recording his niece Winona Mae a year after her childish ramblings provided the basis for the first film. What sets Winona’s role apart from the first is that, here, she is chattier; Hertzfeldt accommodates the chatter accordingly with a denser story that, believe it or not, is even more bewildering this time around. That’s because Julia Pott’s character in this one is an incomplete backup clone who needs to copy Emily Prime’s mind to (if I remember correctly) salvage her line after the Earth is destroyed in the distant future, and in order to do this, the two must putter around the clone’s vast and picturesque consciousness for a while. The melancholy tour is not of the future, but of fractured memories and crumbling thought processes that at times feels like a trippy and demented version of Pixar’s Inside Out.

What this sequel lacks for me is that heavy feeling of despair and loss that colors the original. When juxtaposed against Emily Prime’s innocence, it led to a stunning blend of humor and pathos. Here, Emily 6 the clone is a trickier character to feel for than Future Emily because of her synthetic makeup, and so the emotional beats crafted for her end up feeling a little hollow. That doesn’t take anything away from Pott’s brilliant performance, though. Nor does Winona Mae’s delightful babbling lessen with age. I think she may even be sassier than she was in the first one?

A lot to chew on with Episode Two, for sure. I think the only takeaway I have that will probably hold is that it doesn’t reach the original’s heights, though it’s still a mighty showcase of Hertzfeldt’s talent. Further viewings are required to parse its strange and heady contours.