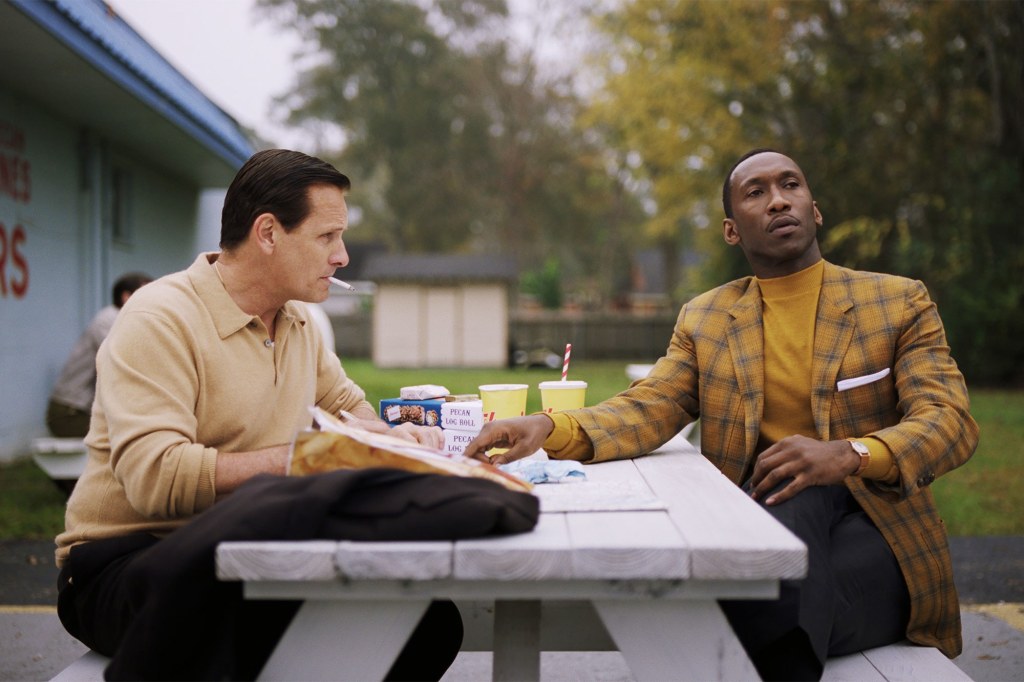 Before this film began, I sat in my seat terrified that I was going to like it. Though people whose opinions I follow have liked it, others have panned it for reasons that, to me, seemed sensible just by watching the trailer. I have been suspicious of this film since it won the People’s Choice Award at TIFF. I’ve watched enough by now to know that depictions of racial tension in film require a lot more than cheap sentiment and easy laughs. But I was also very curious about the positive reception from those whose tastes are, shall we say, far from the mainstream. Wouldn’t something like Green Book fall into danger territory for them? What specifically does it do that elicits their praise rather than their condemnation? And if I sided with them, would I be shamed for enjoying “problematic” art? Because, before I walked into the theatre, I had doubled down on my belief that this was going to be problematic in some way. The alarm bells had been set off months ago, and the sirens became louder in the weeks following the film’s release. Critics of note—particularly POCs—had argued emphatically that this was bad. Regressive, dated, offensive, unwelcome. I read their concerns, knowing that I had to listen. And I listened. And still I sat in terror, because I could not avoid seeing a so-called audience favourite, and because I felt my better self was going to betray me, and I would walk out converted.

That did not happen.

But I did walk out having begrudgingly liked some of it. And I don’t know how well that’s sitting with me at the moment.

The reason I liked some of it (albeit with several reservations) is that it does offer a more complex vision of race and identity than other films of its kind. There is a sincere attempt to sketch out the living hell that Don Shirley’s life must have been as a moneyed and successful black artist who was also incredibly lonely, estranged from his immediate family, and secretly queer. Black liminality of Shirley’s kind is a topic that I don’t see contended with very often in film, so seeing it take an admittedly unsophisticated form in Green Book was… welcome. The alienation from both white and black culture that hangs over Shirley, right down to his finicky need for order and correctness at all levels, is something that a white man like me must reckon with. Because it’s not so simple as Tony Lip assumes (hence why his declaration that he is “blacker” than Shirley because he knows who Little Richard is and can eat Kentucky fried chicken without propriety rings hollow from the get-go). I take it for granted that I’m surrounded by a culture I’m familiar with and can thus partake in—a culture that, in turn, accepts who I am. But to be so completely removed from it—and mostly against your will—that you have no place to truly belong? That’s not losing your racial identity. That’s losing your dignity, and so Shirley must work so much harder to retain it through other means, such as his bearing and speech. When we understand how his liminality has affected the way he lives, we find an empathetic footing that I don’t think is such a bad thing.

Now, the film doesn’t work as well as it could because it’s told from Tony’s perspective, which is fairly narrow. Mahershala Ali works incredibly hard to give us as full a picture of Don Shirley as he can, but he is still second in the pecking order next to Viggo Mortensen’s Italian torpedo, and he shouldn’t be. Certainly, Mortensen’s mugging is very effective, because hey, who doesn’t laugh at seeing him scarf down food like a famished hyena? But it also further takes this story away from Don Shirley, when it should rightfully be about him and his interior struggles. This is the reason why Green Book misses the mark. If it had been the other way around, and Tony Lip was nothing more than the wisecracking sidekick to the more layered focal point of Don Shirley, then it probably would have fared much better. Sidelining Shirley even further when he was already so isolated in real life means that the film is not really doing him the honour it thinks it is. On the contrary, it’s liable to make Tony Lip something of a folk hero… and we don’t need that.