This starts off cute enough, as much as the pairing of disorders with animals is painfully on-the-nose. The leech has separation anxiety! The praying mantis is bad at relationships! Et cetera. There’s not much of an attempt to be clever, which is what I was hoping for. Unfortunately, the tongue-in-cheek tone is thrown off kilter when Victor the ape gets all worked up. The cuteness disappears almost instantaneously, and I was left underwhelmed. Also, is it just me, or does this film treat therapy—something many people find beneficial to their wellbeing—rather coldly? Maybe even cynically?

Snowden and Fine are talented people. I remember seeing Bob & Margaret as a young kid. This is definitely not on par with their best work. 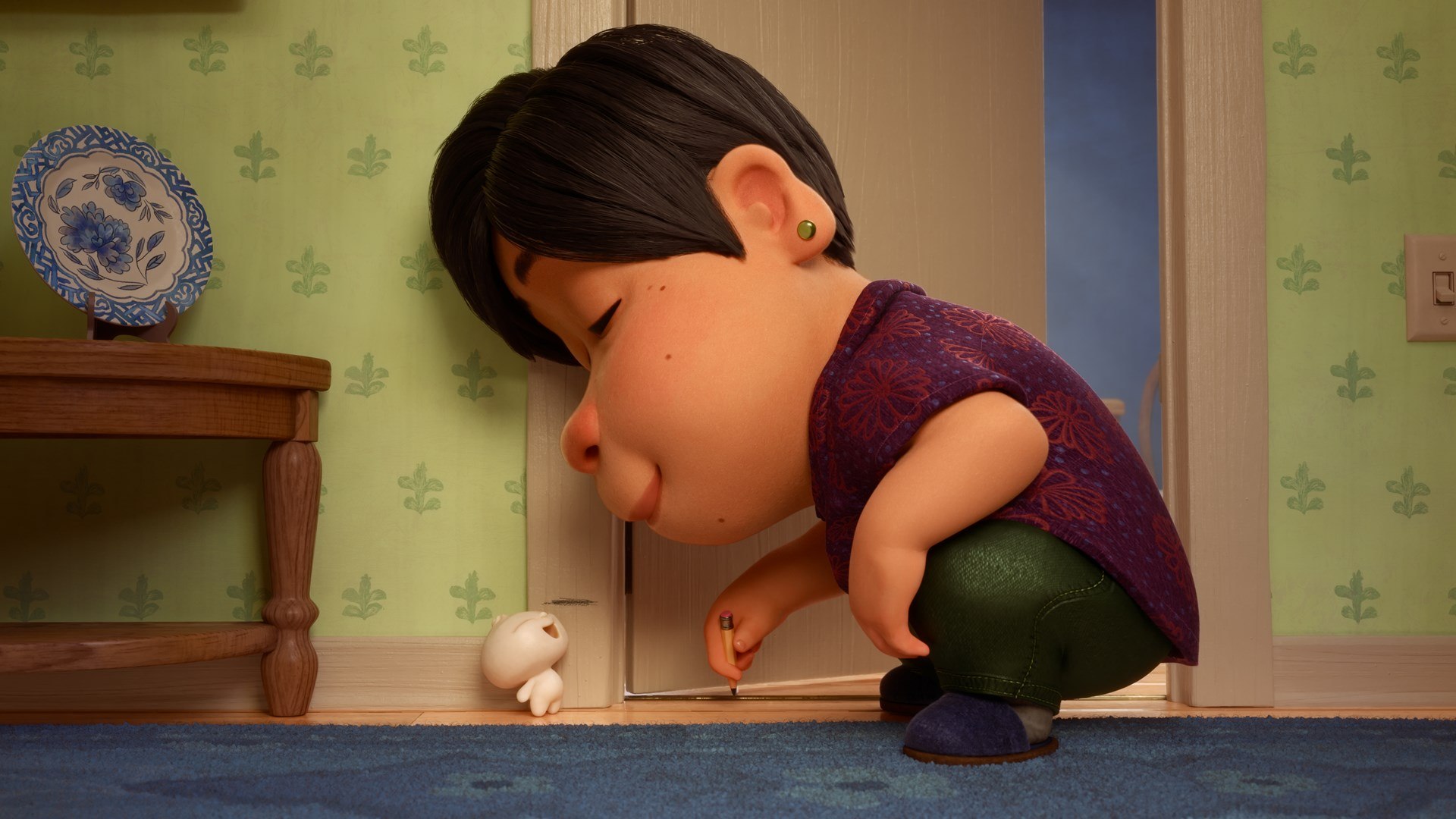 I admire how much weight Domee Shi packs into this seven-minute short. It’s cohesive and perceptive about how food and hospitality serve as a way of bonding ties and strengthening core relationships in Asian cultures, especially diasporic ones. The way the mom’s culinary creativity serves as an allegorical parallel to the miracle of conception and childbirth is one that I had never considered before, but makes perfect sense in this context. And then there’s the way she makes clear that cooking for oneself is not enough to assuage loneliness unless the process becomes integrated in a familial ritual. In a sense, this is a film that explores how rituals become sacred, and why keeping close ties is concomitant with such sanctity.

Shi distills her ideas into a solid short—one that I find more perceptive than is the norm for Pixar, which usually spins its wheels on sentiment alone. It will win the Oscar, and you know, I can’t be mad about it, because this is of fine quality. I’m only a bit disappointed because there are so many granules of inspiration here that could’ve been used to create an excellent feature, and the opportunity now seems to be lost. I can only hope Shi is given more chances to bring her ideas to the Pixar stage, so that the next Oscar she wins will be for Best Animated Feature.

Oh man, I don’t think I can ever not cry when it comes to dementia films. It hits close to home. Late Afternoon is especially wonderful because it sees its dementia sufferer as someone who can still bask in her vivid memories involuntarily, in that Proustian sense (it’s no surprise Emily’s memories start churning when she dips her biscuit in her tea). It’s poignant to learn who she is through the way she moves in and out of casual reminiscences, until she is forced back to the present. The hook is fairly predictable, but ugh, it got to me anyway. With dementia patients, flickers of recognition are what caretakers long to see, and the way it’s done here is so moving.

Very sweet. I thought having the characters be of Asian descent was awesome, and something more animators should consider doing. As a short, though, I felt this story of a young girl chasing her dreams was a bit too ambitious. It felt like a standard run-through of all the standard tropes you’d find in an inspirational tale like this, without digging any deeper. The characters are also weirdly anonymous. There’s really nothing that strongly characterizes them apart from their occupations and aspirations. And so I couldn’t find an emotional conduit. I’d actually argue Damien Chazelle’s First Man, which possesses similar throughlines, accomplishes them more successfully. Yeah, it’s of feature length, but maybe stories like this are better off told in feature length. 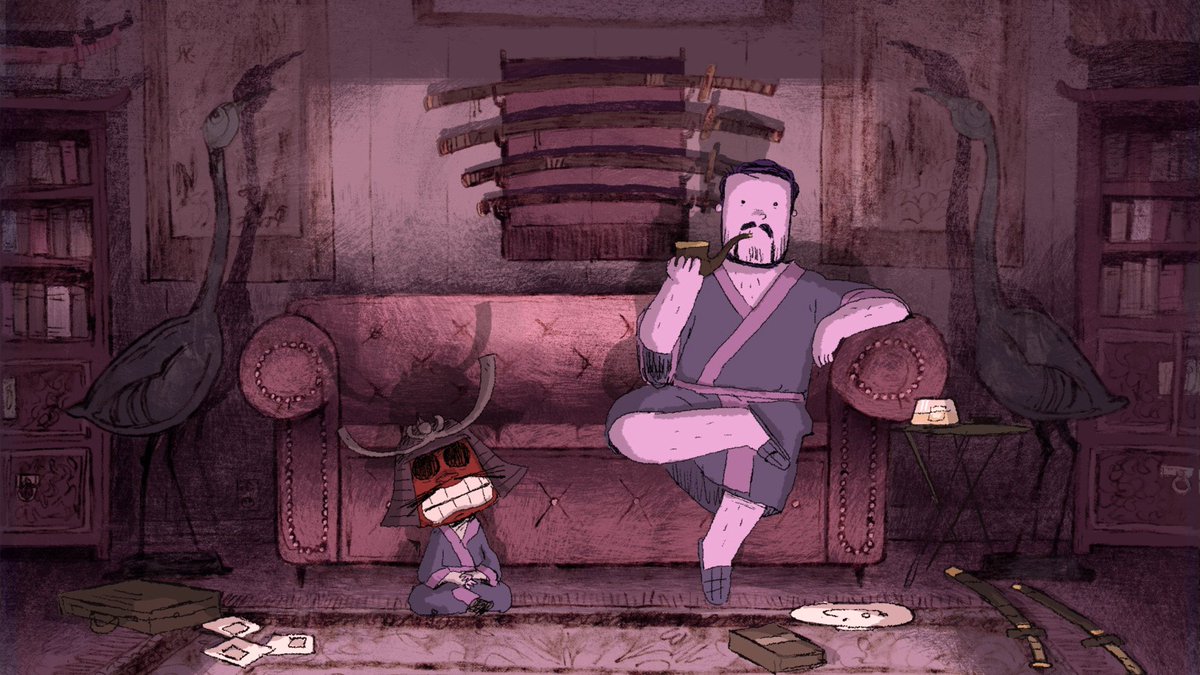 This will hit home the most for people who come from divided households, and who have memories of shuttling between two homes every weekend. Jimenez translates those very memories into a moving rumination on having to grow up with a lack of stability, when all you want is to be loved without distraction. He ups the poignancy with the more nightmarish sequences involving the mom’s practically faceless boyfriend, because, in truth, how can one remember a face that was seen for only a short period of time? Especially one that belongs to a body that menaces purely from its physicality? He also understands the comfort that our favourite childhood toys provide, which, in his case, is the red roan horse. I loved the image of the boy climbing onto its saddle and staring out into the Toronto skyline.

It’s not as emotionally involving for me as I thought it would be, and again that’s only because I don’t come from a fractured family and can’t relate to these memories. I was more moved by the brief affirmations of love that the mom and dad show to their son, despite their personal trials. They are not conveyed with any grand statement or heightened emotional beat. It’s done quietly and almost unobtrusively, which people tired of the bombastic Pixar style will very much appreciate.

This is a relatively strong set of nominees that, while high on themes of melancholy and familial displacement, are able to capture their resounding sentiments quite well. Animal Behaviour, being the lightest of the bunch, ends up being the least involving. Meanwhile, Late Afternoon, Bao and Weekends are finely-wrought capsules of creativity that will charm audiences who will relate to their distinct storytelling. The too-ambitious One Small Step ends up square in the middle. It’s neither outstanding nor terrible, which for some will be good enough.