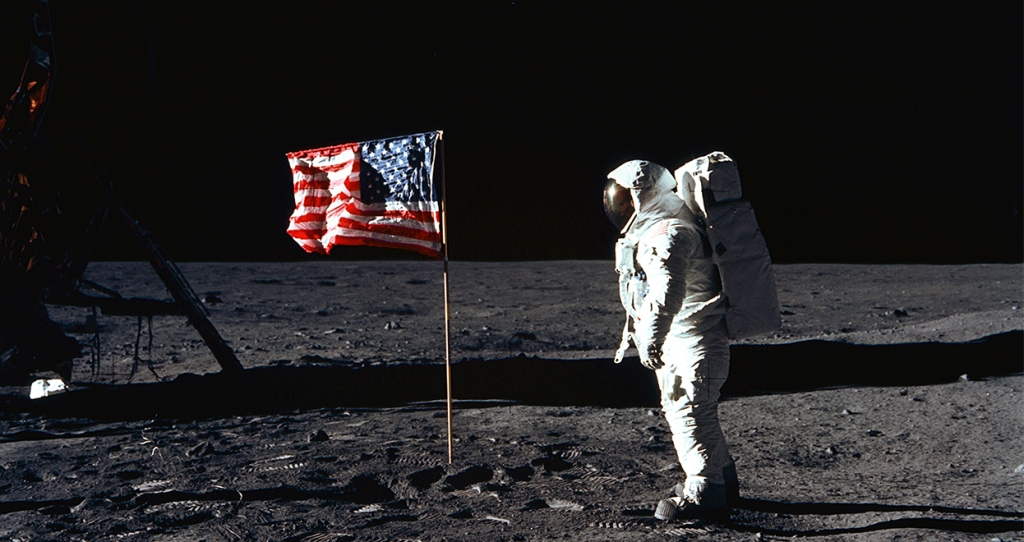 It’s so gratifying to go into a documentary and not have to be talked at for two hours. For those that feel differently, there are many other films you can watch about the Apollo 11 mission that have the traditional talking heads in place. They can give you better explanations and direct testimony about the event. Miller’s film wants you to travel back in time to that fateful week in July of 1969 and witness what these eminently intelligent and capable people did. His film wants you to see greatness in action rather than have it told to you. What’s the good in telling if the images say all that needs to be said? The biggest plus about Apollo 11 is that the images still look glorious after all these years in storage. They are so pristine and vibrant that it looks like everything happened just yesterday (the only giveaways being the fashions and the automobiles). I’ve never seen fifty-year-old archival footage look this good, and the way Miller edits it together makes it even better.

From the pre-launch preparations to the moment the Apollo crew landed back on Earth, Apollo 11 brings back every moment of jubilation, intensity, uncertainty and grandeur with poetic rhythm and motion. It’s an artificial rhythm, certainly, for the more unremarkable and uneventful moments are left out (as is only natural). Nor could Miller dramatically recreate what was not put on film or tape to maintain true fidelity to the endeavour. He only had the archives to work with, and in the end, it was more than enough. Those who lived through it and those who were yet unborn can all access the momentousness of the occasion. The pride of seeing Neil Armstrong and Buzz Aldrin marking up the moon’s surface for the first time in its existence. The awe of seeing the so-called magnificent desolation of its landscape, with the blue-orbed Earth peeping in far blackness like a curious insect. The relief and excitement of the control crew in Houston who kept the wheels in motion with bated breath, hardly believing themselves that their dreams were coming true before their very eyes. What a time it was. A moment that has never been repeated. A moment that continues to bear the outlines of the unbelievable, for good and ill. Somehow, we sent men to the moon.

As the years pass and more and more people from that time leave us, my hope is that this will be the document future generations view as an act of remembrance. Faces etched forever in wonderment at one of the grandest accomplishments of our epoch, both then, now, and tomorrow. We may be a flawed race, and our flaws can only get worse over time, but our industry and ingenuity know no bounds. We will push past the horizon and swim in the murky darkness once more, achieving the euphoria of discovery in ways we dare not yet imagine. Apollo 11 was the benchmark. Man will rise to the occasion again, and life will fly with the most immense amazement.