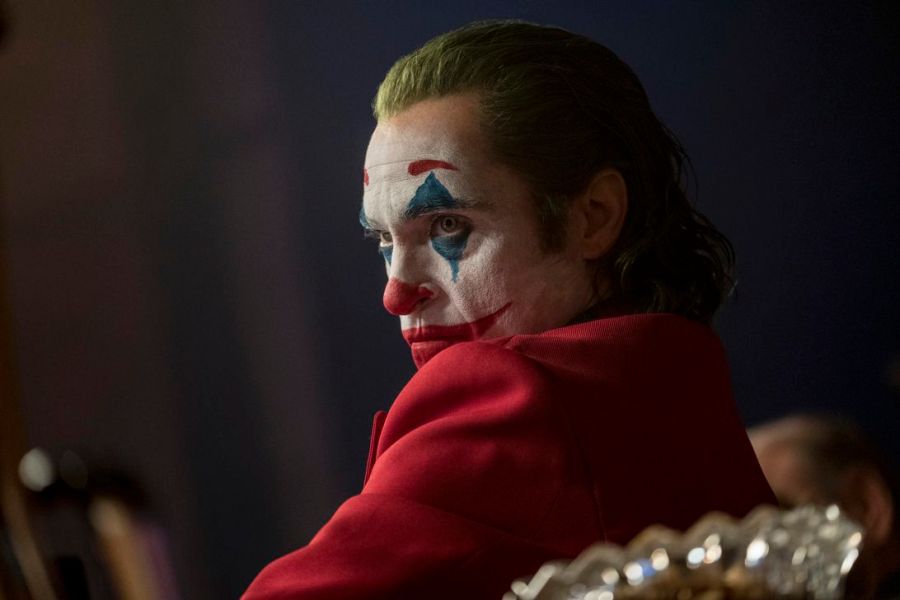 I was not originally planning to see Joker during the festival, but when it won the Golden Lion in Venice, I was curious. No doubt many other critics were, too. And so it was that we all dragged ourselves to one of the two concurrent press screenings of the film on a Tuesday morning, wondering what on earth we were in for. I nearly didn’t get in; both theatres filled up fast, and I was only let in mere minutes before it began. Seated at the very front, the screen looming up over me as I craned my neck skyward to watch Joaquin Phoenix’s pliant face as he opened the film applying his clown makeup, I waited to know what the hell I was doing there. Why I was not watching another film playing at the same time, like Steven Soderbergh’s The Laundromat or Malgorzata Szumowska’s The Other Lamb. I was waiting for that epiphany—that moment of realization that this was surely better than my cynical mind was expecting it to be. If an exceptional filmmaker like Lucrecia Martel could give her stamp of approval to this, then certainly I could, too.

The cynic in me was not converted. On and on the film trudged. Phoenix gamely cackled compulsively, his uncontrollable tittering the result of some unexplained medical condition. His Arthur Fleck is a simmering broiler of indeterminate conditions, mental and physical (Phoenix goes shirtless several times, revealing his emaciated ribcage to further punctuate the fact that Fleck is wasting away in all senses of the word). Gotham City, too, is rotting away, its finances in such dire straits that Fleck is forced off his medications and counseling due to budgetary cuts. Its citizens, meanwhile, are vaguely beginning to protest their dissatisfaction with the wealthiest amongst them, though we never know what exactly their grievances are. When Fleck murders a bunch of financial sector jerks on a subway train, his act sparks a revolution of sorts since everyone believes he did it because they were rich. Oh, how things get out of hand! How quickly people will misconstrue the facts to make them fit their own narrative when they’re not happy with the way things are! In the end, a man being eaten alive by his mental illnesses is elevated to the status of a folk hero because he’s the by-product of his society’s negligence and ignorance, and yet his saga is drained of all interest because the script’s world-building is so punishingly cursory. Gotham and its predicaments are as generic as they come, so why should we care?

Without finer detailing to truly flesh out its core grievances, Joker comes out an underbaked bore, and one that hardly warrants the nail-biting and handwringing over its “provocative” content. For, in truth, its provocations are easily negated by the fact it has nothing cogent or insightful to say about the state of our world. To successfully hold up a mirror to the way we live, we must flinch at the reflection; to do this we must see the true depths of the pains and inequalities we suffer. Joker skirts away from this truth by varnishing over specificity. Anger, inequity, protest—they are all words without proper signifieds here, pantomimed without being felt. This reaches into Phoenix’s performance, as well. Many will shower him with adulations, but I’m not so easily impressed at this antic collection of tics, which feels to me more like a pastiche of mental illness than something approaching the real thing. Those who genuinely suffer on a day-to-day basis will not see themselves reflected in such a mannered husk of a performance—a performance unusually below Phoenix’s personal standards.

A savvier script—one that really had something decisive and explicit to say about anti-establishment movements and structural inequality—could have turned this around. I would’ve been willing to forgive the unimaginative callbacks to Scorsese’s Taxi Driver and The King of Comedy, too, had those callbacks been properly reinvigorated instead of clumsily re-enacted. Unfortunately, that is not the case. Phoenix may cackle up a storm, and the dark clouds may roll in as catastrophe nears—but there is nothing to cackle at, or anything to rain on. It is a premise in search of an argument, and, finding none, is content to get by on empty commotion.

Joker received its North American premiere at TIFF in the Gala Presentations programme on Monday, September 9, 2019.