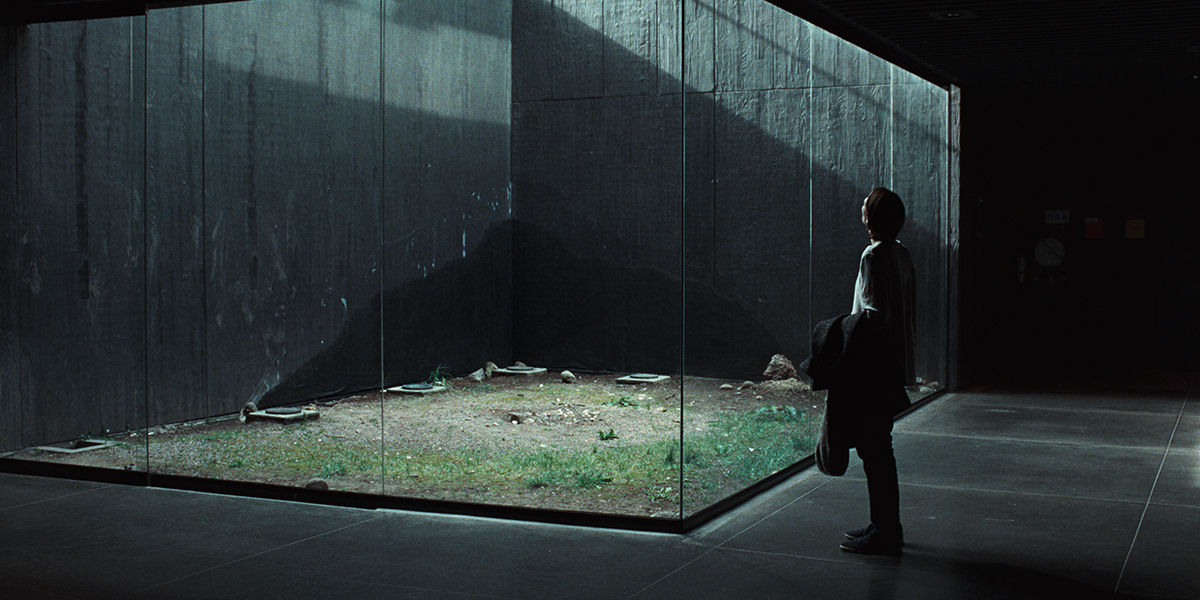 When botanist Jessica (Tilda Swinton) awakens one night to the sound of a loud metallic thunk! that comes seemingly out of nowhere, this moment marks the first of several disturbances that Thai master Apichatpong Weerasethakul unleashes on both his main character, as well as on us. Haunted by this singular sound, Jessica traverses Bogotá (originally there to visit her ailing sister) to search for explanations, even hiring a sound engineer to replicate it from her memory as closely as possible. As she seems to be the only one who can hear it, what it is and why she’s been imbued with this auditory power are questions that Weerasethakul seems to be implicitly probing as the narrative putters forth, his trademark long takes on full display for Swinton to languish in. And, eventually, there is some payoff for a short while, until Weerasethakul plunges us back into uncertainty yet again, folding logic into further recesses of the imagination and uncanny until it can be seen—or heard—no more.

Weerasethakul remains a rhythmic filmmaker who finds footing on specific beats that thrum in the air rather than ones bound by authorial narratives. In Memoria, this is particularly literalized by soundscapes, but not only ones relating to the mysterious sound at the film’s heart. What Weerasethakul does so incredibly well is to design an auditory landscape that forces our brains and auditory senses to work in complete harmony so that we can pick them apart and see their hidden truths. At times the film acts like a hearing aid trying to filter specific voices, or a radio tuner struggling to find the best and clearest frequencies. At other times, Weerasethakul uses sound to jolt us into submission, such as a scene involving multiple car alarms going off in a parking lot. Memoria moves both in and out of sound, as well as in between sound, scaling its frissons and trying to make sense of the vibrations that pulse in the ether.

Being an English major in my past, I am always reminded of the way Virginia Woolf once wrote about the way the molecular vibrations of Big Ben striking could serve as connective tissue to bring together a wide range of people from different classes and backgrounds. Memoria feels like Weerasethakul’s personal take on this idea, and though he chooses to remain in beguiling terrain the whole way through, Memoria is still very much a work about shared connections and the magnetic pull of what links our pasts to our very cores. It is a special film in that sense, but also because Weerasethakul is, himself, one of the most interesting filmmakers working today, and a work like Memoria makes it so easy to see why. 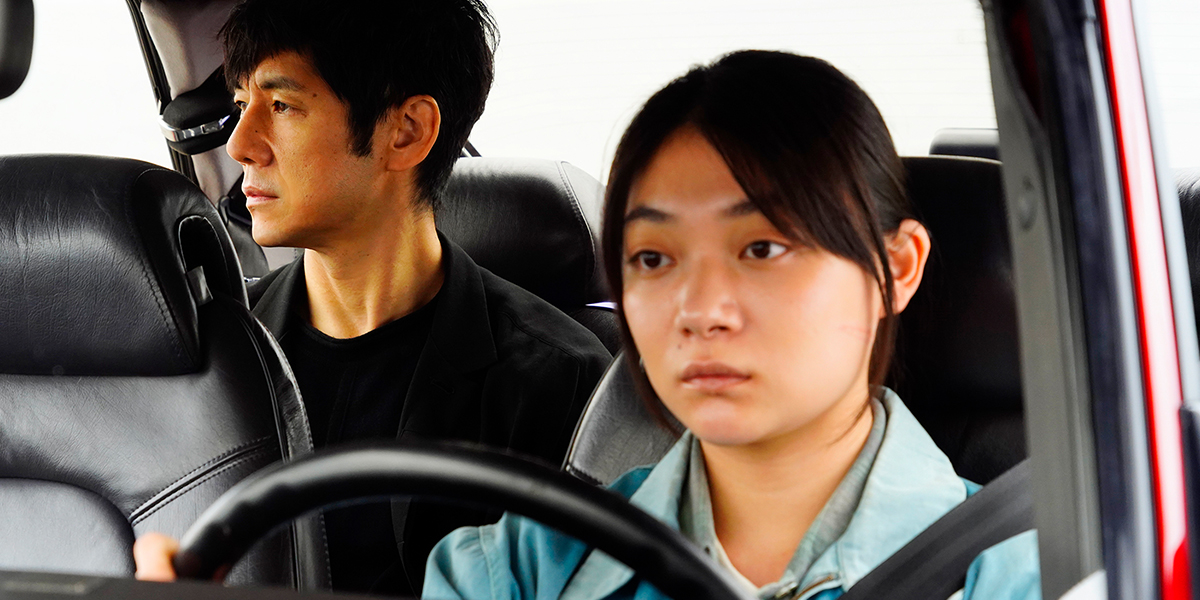 Art in Hamaguchi’s universe performs at the intersection of private and public, teetering on precarious borders so that its universality extends outward. Chekhov’s Uncle Vanya (the play that becomes a centerpiece of the film’s thematic preoccupations) is such an example, quietly commenting on the action of reality just as it is publicly rehearsed, both by Kafuku as he listens to cassettes of his wife’s line readings while driving his retro Saab, or by the multinational, multilingual collective of actors he hires for a new production in Hiroshima (including, most strikingly, a nonverbal Korean woman who acts the part of Sonya in sign language).

Borders—be they national, artistic, emotional, or geographical—are constantly renegotiated and traversed in Hamaguchi’s exquisite feature. Much like in his former works, he carefully wends his way around his characters in a precise ballet of feeling and revealing, training us not on their artifice so much as on their actuality and presence. Hours of non-diegetic time will float away, and while time and action may move incrementally, the jewels that glisten are these fictional people who, nevertheless, bear the remarkable burdens of lives familiar to us. Drive My Car works with such power because Hamaguchi never leaves his compassion at the door, instead opening it wide for it to overflow. 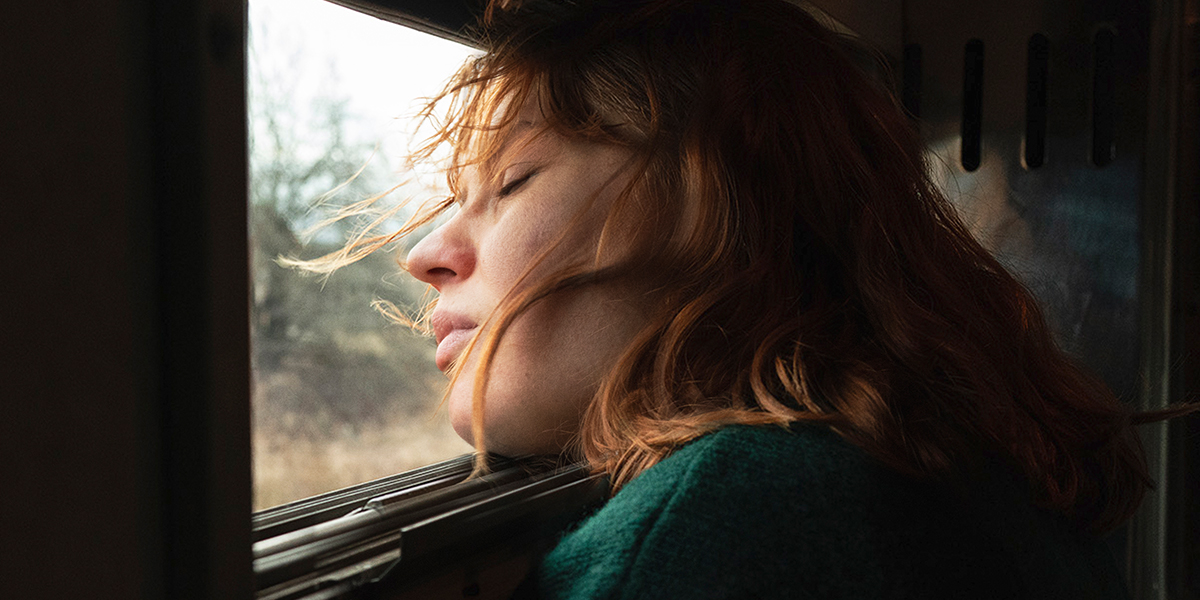 You’d be mistaken in thinking that Juho Kuosmanen’s latest film takes place during the former Soviet Union’s glasnost era during the late ‘80s. For instance, Desireless’s 1986 synth-pop hit “Voyage, voyage” is played numerous times during its duration, while we catch two men trying to put together a Rubik’s cube in another brief scene. The ramshackle rail train that Finnish archeology grad Laura (Seidi Haarla) takes to the barren town of Murmansk also seems like a thing from the past, to match her personal camcorder and cassette player she takes along to record her experiences for her romantic partner, Irina. These seeming revenants of bygone times are fixtures that haunt what is, in actuality, far more present, as other details like clothes and cars date the film’s action later into the ‘90s, after the USSR had already ceased to exist. The past and present slip into each other cleverly, adding resonance to Laura’s quest to see the ancient petroglyphs on Murmansk’s rock surfaces—a quest that is constantly subverted by missed chances and ill-luck, making her journey at times seem almost futile.

But whenever futility seems about to win out, a welcome twist of fate turns the corner and greets us in the form of black-collar worker Ljoha (Yuriy Borisov), who begins the film as a foul-mouthed drunkard whose behaviour repulses Laura, until a refined sensitivity and goodwill begins to sand out his edges and reveal a kindred spirit, if not a potential love interest. Compartment No. 6 is about journeys to distant (and sometimes inaccessible) places on its face, but at its heart it’s also a journey about disparate minds and souls intersecting at just the right moment, when the gloom of circumstance, class and distance is too much to bear. More bittersweet and realistic than it is rosy-hued (though not without a few select clichés for the most hopeless romantics), and perhaps lacking in surprises and overt freshness, it’s still a disarming roadtrip that paints its milieu and characters with a trusting and thorough brush. 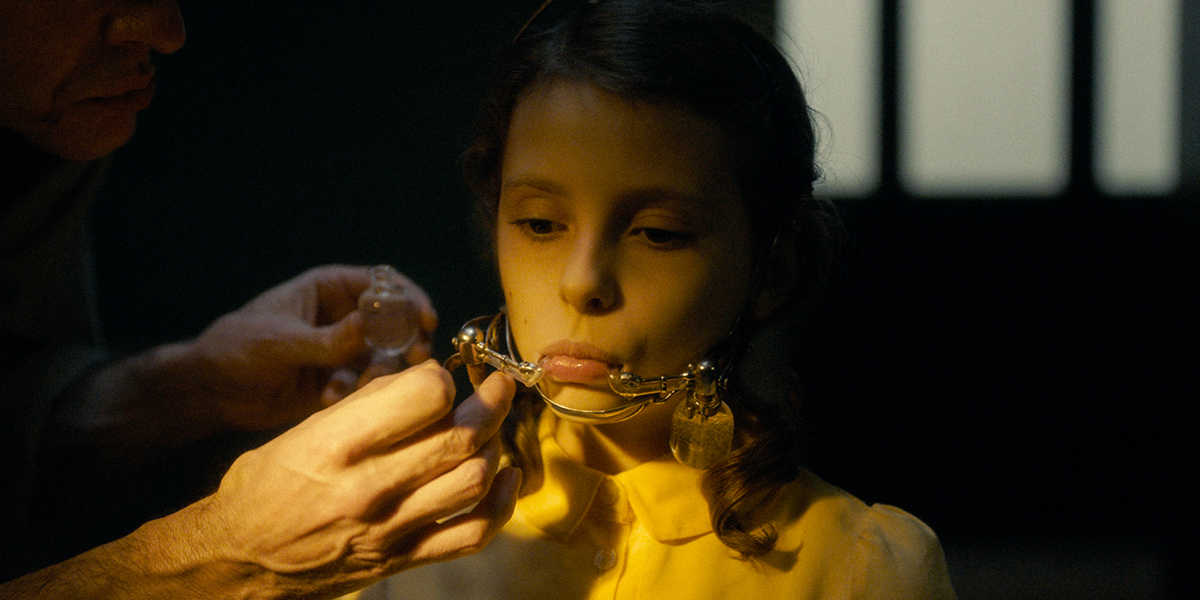 The phantasmagorias of Lucile Hadžihalilović are experiential sites of beauty that seep into unknowability, blending into a flurry of artful discombobulation as firm terrain disappears and everything feels like acute hypnagogia. Her latest, Earwig, fits the same mould—though whether for better or for worse is likely a matter of personal taste. The premise is certainly a curious one: in a dark, dimly lit house live a girl and her male caretaker, who regularly freezes her saliva into dental moulds, as she otherwise has no teeth of her own. The girl, Mia (Romane Hemelaers), seems to find ways to occupy herself in the dusty domain, despite living an otherwise isolated existence, while her caretaker, Albert (Paul Hilton), occasionally spies on her with an ear to a glass on her door, but otherwise keeps out of her way. Circumstances change, as they must in stories like this: a mysterious caller requests that Albert prepare Mia for the real world, and when he opens the front door and they venture out for what seems like the first time in eons, the surreal (at times hyperreal) elements creep in to fill the crags they leave behind.

It cannot be denied that Earwig’s chiaroscuro-inflected imagery—very much a tribute to the heyday of retro arthouse horror (with winks to contemporary dabblers like Peter Strickland)—makes it easier to behold the many layers of narrative rupture that Hadžihalilović adds over time, though the limits of this are tested and retested at every corner. For some, that may be sufficient, as it can be enough to merely luxuriate the senses; for others, the opportunities to truly invest in both Albert and Mia’s circumstances are minimal, and often obfuscated by the hypnotic barrages that crease the film’s edges. It is difficult, really, to find the best approach to Earwig: whether to submit to its Gothic corpuscles or to find strains of other engagement and/or resistance. Eventually, both seem one and the same in the end, for Earwig’s nightmare has its chosen destination, and we must find our foothold to get there in some fashion.

Perhaps my only wish was to have left the endeavour with less apathy, as my initial excitement for such an odd premise quickly melted away like Mia’s saliva-filled dentures. Though it has hints of promise, one trudges through Earwig’s hallways with begrudging obligation because of its very strangeness. But sometimes even esoteric things have their limits, and Earwig has plenty of them.