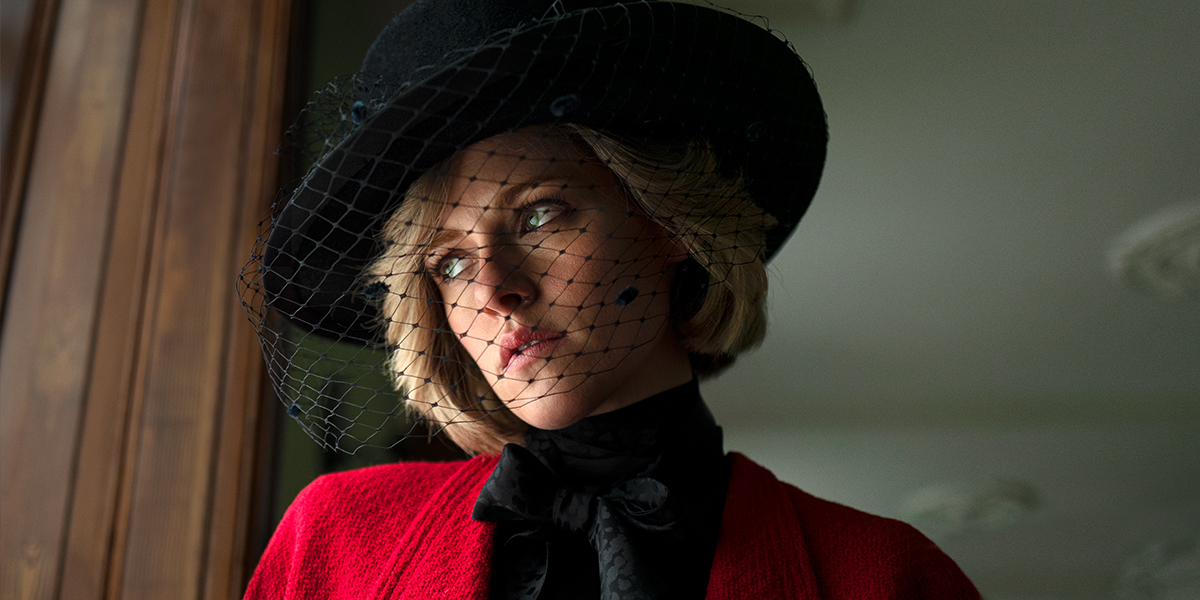 It’s been nearly 25 years since the world lost Princess Diana, and the power of her mythos and legacy does not seem to have diminished an iota. With Netflix’s The Crown winning major awards after introducing Diana’s character in its fourth season, and now Chilean director Pablo Larraín channeling his own take on Diana’s persona, she remains as ubiquitous a presence as she was when she was still alive. We shouldn’t doubt, too, that she will endure even after all The Crowns and Spencers and other artistic fragments fade away into the distance as more years pass and those that knew her begin to leave us. Diana, as the People’s Princess, is not ephemeral despite her mortality. She is both the world’s most notable ghost story, haunting the earth with her memory, and not a ghost at all. She was the Princess who was, and never was.

Larraín’s film (as scripted by Steven Knight) is borne from a desire to commune with the idea of Diana’s enduring spectre. Indeed, the fact that the name “Spencer” and the word “spectre” are close heteronyms was likely not lost on Knight as he wrote the script. Ghosts also play an actual role in what unfolds, which is an otherwise imagined depiction of Diana’s Christmas holiday at Sandringham when her marriage to Charles was on the brink of collapse, sometime in the early ‘90s. From her arrival there on Christmas Eve to her departure on Boxing Day, we become locked in Diana’s (Kristen Stewart) fragile headspace as she tries to endure the iciness of her in-laws and the watchful equerry (Timothy Spall) stationed to observe her movements with photographers lingering nearby, all the while trying not to frighten her children with her desolate sadness and worsening bouts of bulimia and self-harm. Lingering, too, are the ruins of her childhood home on the estate grounds, which are guarded by an old scarecrow she used to dress in her father’s coats in her youth. To be so close to a place of former sanctuary while trapped in the confines of a house that no longer loves her is a friction that Larraín scours with the same meticulous kind of glassiness that he captured in Jackie, though there are even sharper violences here that cut quicker and leave deeper wounds. Foregrounded, too, is Jonny Greenwood’s unnerving score that, at times, feels like a gladiator-type competition between a classical orchestra and a club of jazz musicians, clearly articulating in sonic form the tensions of the underlying plot as the jazzy notes of Diana’s spirit try to soar above the cold stringed instruments that open the film.

There are aspects of Spencer that don’t entirely work, like Knight’s leaden attempts at symbolism or his rigid three-act structure that sometimes mistakes saggy inertia for claustrophobic intrigue. Even Claire Mathon’s exquisitely faded cinematography cannot always conceal some of the dead time in the film when more ought to be happening than otherwise is. Nevertheless, what remains foregrounded—quite as it should be—is Kristen Stewart’s utterly captivating performance. While Stewart succeeds in capturing the mannerisms, voice, and almost defeated, closed-off deportment of her subject, she deftly adds layers to her portrayal that she clearly takes from her own personal experience as an intensely scrutinized public figure. Rather than trying to hide behind complete imitation, Stewart harnesses a careful symbiosis that incorporates who she is with who Diana was and must have been, and in that fusion lies an enrapturing cohabitation of spirits that one cannot look away from. If the movie she’s in does not always befit her talents, Stewart manages to tower above the limitations anyway and bring us a portrayal that looms as large as the legacy that will bring theatregoers to their seats. It is, quite simply, an exemplary watershed in her career, and the rewards she’ll reap will be plentiful. 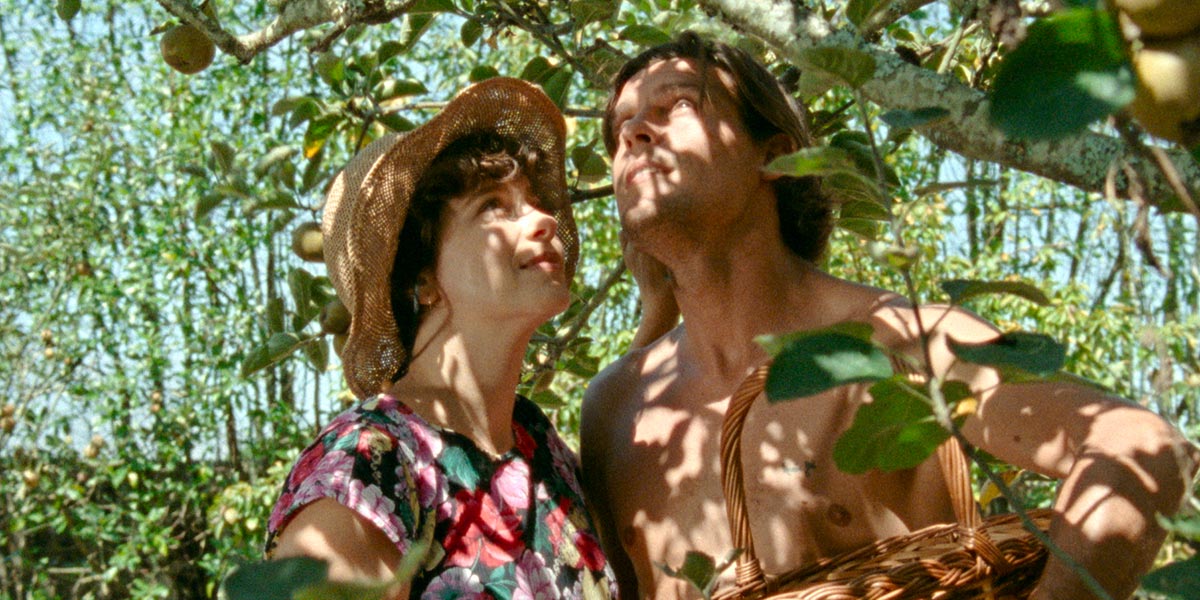 Look closely and you’ll notice that the word “Tsugua” in the title is, in fact, “August” in reverse. It’s a simple and clever way for filmmakers Maureen Fazendeiro and Miguel Gomes to give audiences a taste of their methods even before the first images appear on the screen: that of a couple kissing in the night, as the lights of a butterfly sanctuary glow behind them. But soon we see the days on the intertitles move backwards instead of forwards; soon the greenhouse of butterflies is no longer there but shown being built by the trio of people the film primarily centers on (Crista Alfaiate, Carloto Cotta and João Nunes Monteiro). We begin with an ending, and the skin of this fruit is re-bound peel by peel—or is it more accurate to say that durational decay is, through the magic of cinema, erased and revitalized, like a lone quince that regains its freshness as the ravages of its skin are reversed? What is so splendid about The Tsugua Diaries is that it is precisely multilateral in every sense and can be open and closed by the viewer in whichever ways they see fit. It is one of the more overtly pandemic-era films that I’ve seen since the COVID crisis began, but in a way that is not morbid. Rather, it is celebratory and rejuvenating, like dipping one’s toes in a natural spring.

What Fazendeiro and Gomes do, in fact, is challenge the notion that COVID-era filmmaking needs to have a serious gravitas by necessity. The film allows for an alternate approach that argues that cinema in the time of extremis is an endeavour of fecundity, and that death need not triumph over the spirit of artistic resilience. This is a film of fertile play in a place of fertility: of friends hanging out in rural serenity and working together and engaging with the natural realm, while also finding humour in the self-reflexive interstices as the directors themselves converse about the film shoot on camera or have the production crew make small cameos in between the action on set. The Tsugua Diaries is a film about generousness of all forms, from within the formal experimentation of reversing time, down to the openheartedness of those occupying the spaces within the camera’s purview, and because of that it becomes a work of great merit and resonance. Moreover, it sets an example going forward as to how best to engage with our current modernity, and how to keep the cinematic realm continually innovative. 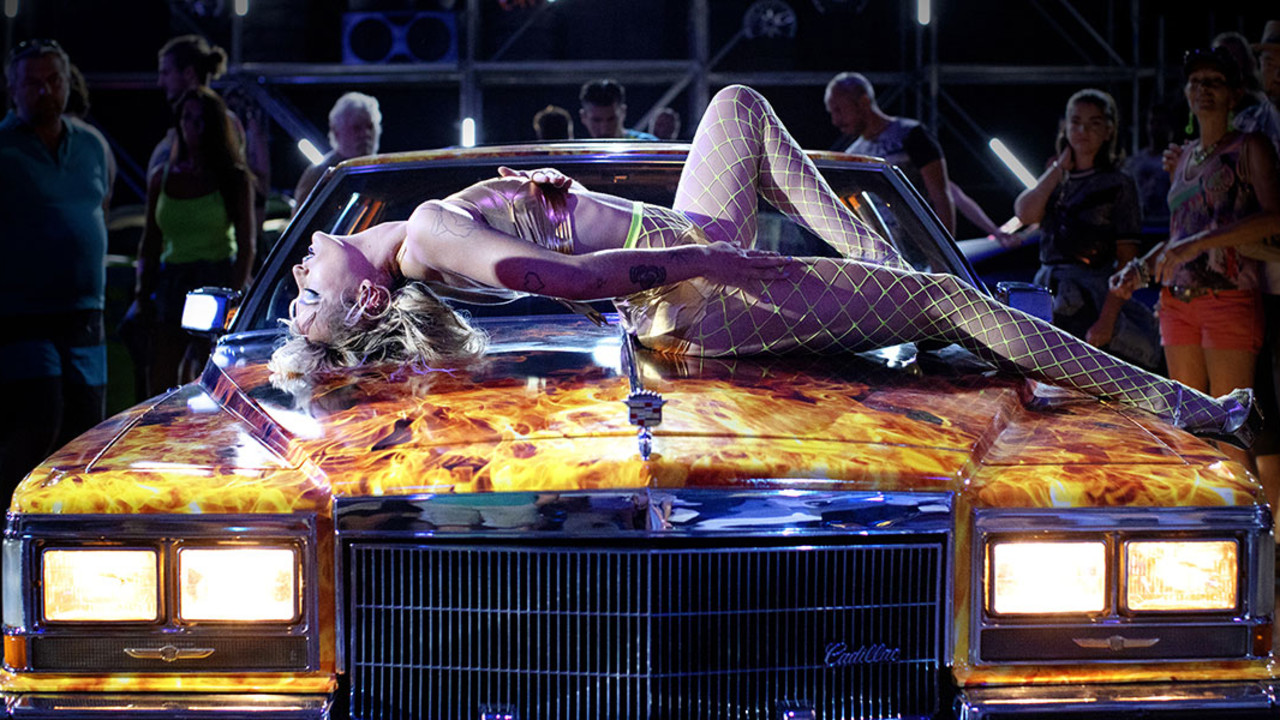 Since winning the Palme d’Or at Cannes in July, Julia Ducournau’s gender-fender-bender of a thrill ride has been the subject of some heated discussions about its marketability to wider audiences. Perhaps one can expect such discourse when a renowned prize is given to a film with such an unconventional (to say the least) premise, on top of all the gore and violence that body horror entails. There is, indeed, a lot of that, especially in the first 30 minutes, which can be taken as a litmus test to see who is willing to stick around for the long haul. But as many others will point out to you, Titane soon mellows out to something surprisingly softer. It eschews its more grotesquely abject beginnings for its entire midsection and becomes something closer to a domestic fable: about lost sons returning to roost and once-grieving fathers learning to love again after their heart has lain in dormancy. Complications and deceptions remain, and the graphic monstrousness that underpins the action always lurks in the corners, but the main focus is on tenderness rather than carnage.

It is queer tenderness, more specifically, and this is where I suspect the marketability issue has taken root. Cishet audiences will not, by and large, appreciate what Ducournau does here in the same way that queer audiences will, for Titane very much speaks to the disorientations and frustrations of people who live in bodies that dissatisfy them. Allegorically it can be read as the self-actualization of the corporeal queer sui generis: of the violent fantasies of dysphoria made real and the processes undertaken to reach the transcendence of total acceptance. Not only acceptance of the self, but the acceptance of those around us, who can embrace our totality without fixating on the sutures.

There is enough shock value on the surface to pacify your average straight gorehead, but it is clear that this film’s soul is not really for them. It was never for them to begin with. It is rooted deeply in its queerness, its transness, its gayness. Those who have never identified with anything other than the norm will likely dismiss Titane as a slickly made curio and wonder aloud why in the world people thought it was so special, while those who have felt the violent tumult of being anomalous both bodily and societally will recognize just how audacious, sincere, and beautiful this film really is.