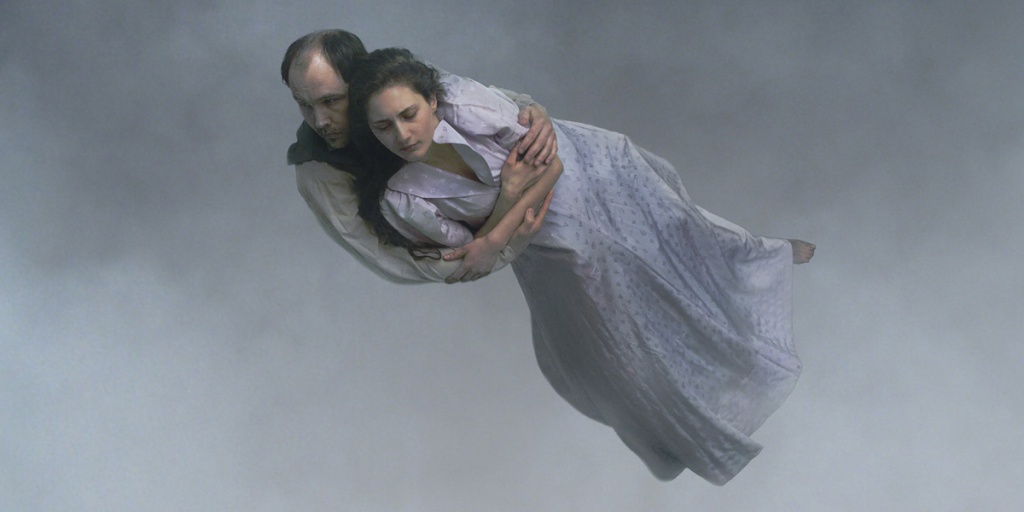 The uniquely absurd and painterly vision of Roy Andersson is unlike any other in contemporary cinema, so it is always an event when the director brings out a new work to share with neophytes and admirers alike. About Endlessness (which recently netted him the Silver Lion at the Venice Film Festival) is, much like his previous works, a film strung together by vignettes rather than a conventional narrative structure, though the vignettes are linked thematically and, sometimes, share the same characters. The major recurring character in this film is an old priest who, after dreaming a nightmare of carrying a heavy cross through a street of jeering people, believes that he has lost his faith in God. Cue the droll Scandinavian humour as the priest begins swigging wine before Mass and makes two decidedly unhelpful trips to his doctor’s office for advice on his existential crisis—the final one leading him to be literally pushed out the door because the doctor has to catch a bus.

As the priest ponders his dilemma, an unseen girl ushers in each new vignette like a mystical storyteller, proclaiming to “see” each event as it transpires. Some are mundane: a woman breaks the heel of her shoe; another sips champagne beside her lover; a man enters a restaurant and mistakes a patron for someone else; an untrustworthy man checks his mattress for all the money he’s stashed in it. Others are unquestionably funny: a preoccupied waiter overfills a diner’s wineglass; an alcoholic dentist leaves a patient who won’t take anesthetic; a disgruntled man rails against Sverker Olsson, an old schoolmate who rebuffed him on the street for an old slight. And still others are defined by their breathtaking aesthetic beauty: a pair of lovers float above the ruins of a demolished city; a defeated army marches into the Siberian wasteland; a man extols the virtues of life as he watches the snowfall outside a bar window. Do not think of these as spoilers, but rather a broad taste of Andersson’s approach to the follies of mankind, and their isolation in the face of an uncaring universe. For there are as many pleasures as problems in their lives, whether physical or psychological, and expecting people to care about them can be a fool’s errand.

On and on Andersson’s impeccably lensed and blocked vignettes march, mixing humour with darkness in playful ways to ensure the film’s leisurely pace does not alienate viewers too much. Like the oeuvres of formally demanding auteurs such as Terrence Malick and Hong Sang-soo, though, Andersson is not likely to win over skeptics with this. Those who dislike his method will find nothing here to change their minds about, while those just entering his world may find this film rather incomprehensible in its looseness. Even Andersson diehards may not consider this top shelf work. Regardless of where you stand, however, to have Roy Andersson’s vision at all is worth celebrating. The master is getting on in years, after all, and there’s no telling how many more films he can release before it becomes too much for him. If About Endlessness is not his best, it is still a work of great calibre. In its Anderssonian way, it probes the frustrations of life with the most astute sensibility, recognizing that intermingled among the disappointments are cores of beauty and laughter that will, in time, keep the pain at bay.

About Endlessness made its North American debut at TIFF in the Masters programme on September 11, 2019.