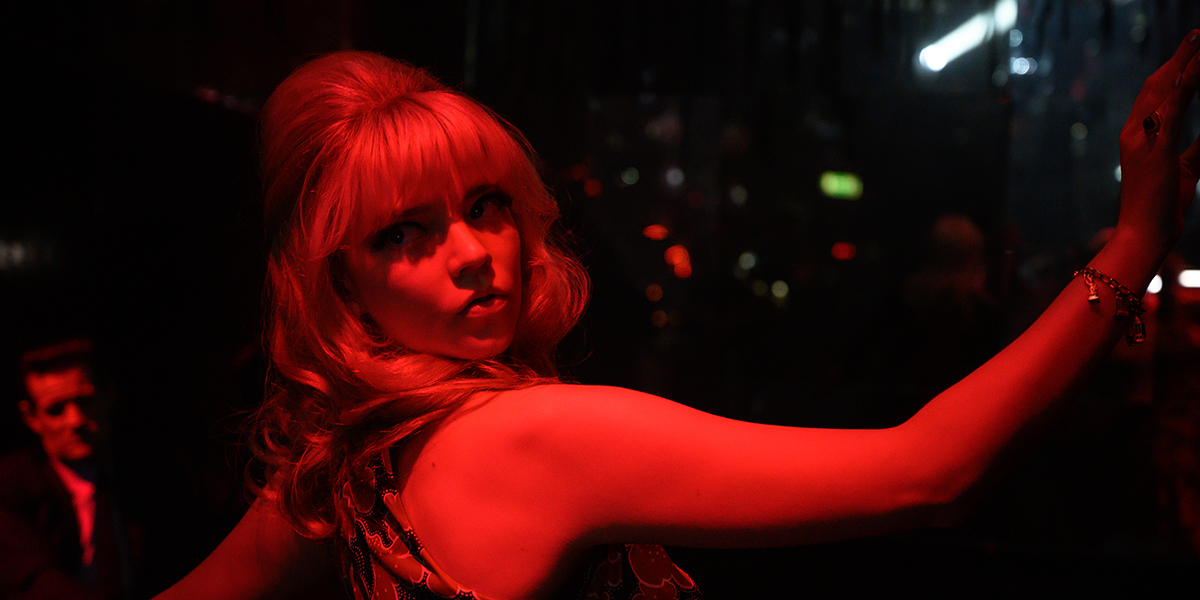 Edgar Wright has been a purveyor of a dynamic kind of cinema fueled by flashy editing, punchy dialogue, and propulsive soundtracks, so the fact that Last Night in Soho continues in this vein is absolutely no surprise. This time, though, Wright takes a laser focus to a specific historical milieu: London in the Swinging ‘60s, where women sporting beehive hairdos and heavily mascaraed lids danced the Mashed Potato at their favourite nightclubs, while record players spun the latest releases by the likes of Cilla Black, Dusty Springfield, Petula Clark, and more. Wright’s heroine in this story, Eloise (Thomasin McKenzie), glories in this bygone era so much that she goes to London to pursue fashion design in the hopes of bringing back ‘60s flair to the mainstream. As with any fish-out-of-water story, Eloise’s humble upbringing and staunchly retro tastes immediately put her at odds with her more modern, city-born peers, forcing her to flee her dorm and rent a bedsit from an elderly woman (Diana Rigg, in her final film appearance). And it is there that, in her dreams, she begins seeing visions of a blonde singer named Sandie (Anya Taylor-Joy), who lives, dances, and loves in the very ‘60s nightlife of Eloise’s fantasies.

The mingling of Eloise’s and Sandie’s subjectivities as Wright takes us in and out of this alternate reality is, at first, entertainingly done, and as someone with a fondness for ‘60s torch pop, the selections helped predispose me to favour what Wright was bringing to the screen. Unfortunately, as is often the case with filmmakers who feel obligated to have their films “mean” something at all costs, Wright quickly ditches his swooning revelry and traverses terrain meant to imbue it with contemporary relevance—namely, the #MeToo movement, the reclamation of female bodily autonomy from the hands of predatory men, and how nostalgic views of the past almost always play into its misogynistic attitudes. However, while his intentions here seem good on paper, the way certain plot developments are executed are muddled with contradictions that badly weigh the film down, until the final act’s twists sour the proceedings irrevocably.

This is a film that ultimately has several levels of gratuitousness held in extreme tension with each other: the calorie-filled froth of Eloise’s rose-tinted reveries that are soon checked by a brutal violence and terror that darkens all that comes before it, while also introducing the usual jump scares and gory shocks that you’d find in your typical horror offering. Wright is quite good at keeping to the surface and finding fun in the veneer, but as soon as something that requires some tact crops up, he is unable to thread the needle properly to hold his hall of mirrors in one piece. And here, a lot more tact was needed than Wright can give, which is why the venomousness of Last Night in Soho implodes the film rather than resuscitates it, leading to quite the missed opportunity. 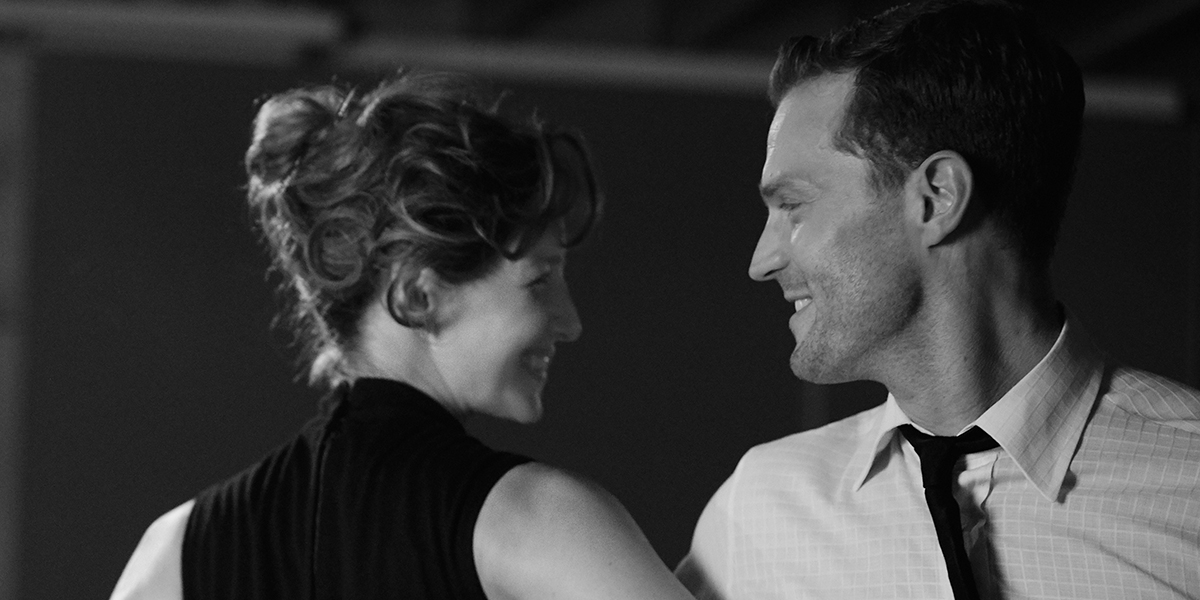 Kenneth Branagh’s love letter to his birthplace is as tooth-achingly winsome as the surrogate who stands in his place, the blithe and movie-loving Buddy (Jude Hill), who spends the film concerned about wooing a class crush and bonding with his doting grandparents (Ciaran Hinds and Judi Dench). But the winsomeness is also tempered by an encroaching sense of tragedy, as Buddy’s childish concerns become more and more dwarfed by the ethno-nationalist conflicts that are brewing around him. The effects of these violent clashes, now known as the Troubles, do, ultimately, force a reckoning within his family unit (which also includes his parents, played capably by Jamie Dornan and Caitriona Balfe), and Branagh devotes several scenes to figuring their intensity as we see storefronts destroyed, homemade bombs set off, and bullets fired. Though Buddy may not completely understand the true nature of the dangers within his own neighbourhood, Branagh underscores it again and again for his viewing audience, until every plot development becomes tinged with inevitability. We know why the film’s ending must be what it is. It is a lived experienced for millions of people even today, who are caught between staying put and staying safe.

Belfast does a lot to spell out why it should resonate and why it should be seen as a universal story despite its historical specificities. It does it bluntly (such as through a pointed textual dedication before the end credits begin rolling), and it also does it through a calculated broadness that ends up flattening the dimensionality of most everything in its wake. It is a common technique that filmmakers use, to make characters and situations relatable by dint of hollowing them out just enough so that viewers can fill them with their own lived experiences. Belfast is no exception, as none of the characters ever seem real or distinct enough to exist on their own. They are generalizations, merely, with little soul other than what the actors can give them (and no matter how hard they try, it never seems quite enough). The conflicts depicted here did happen, but with all the flatly written characters populating the scenery, the impact of the unrest is diminished so that the horrors are never suitably reckoned with. For a film that must emphasize civil turmoil for the story to land its beats, the payoff cannot help but feel compromised because the film is making so many compromises with itself in order to be liked.

Certain audiences will be transported all the same because their emotions will be placated. If there’s one thing to begrudgingly admire about Belfast, it’s that Branagh has engineered it in such a way to cater to a filmgoer’s basest sentiments, above all else. On my end, I have seen enough films like this to take a more cynical view, and as I sat watching it, I could not help but see the strings being pulled. 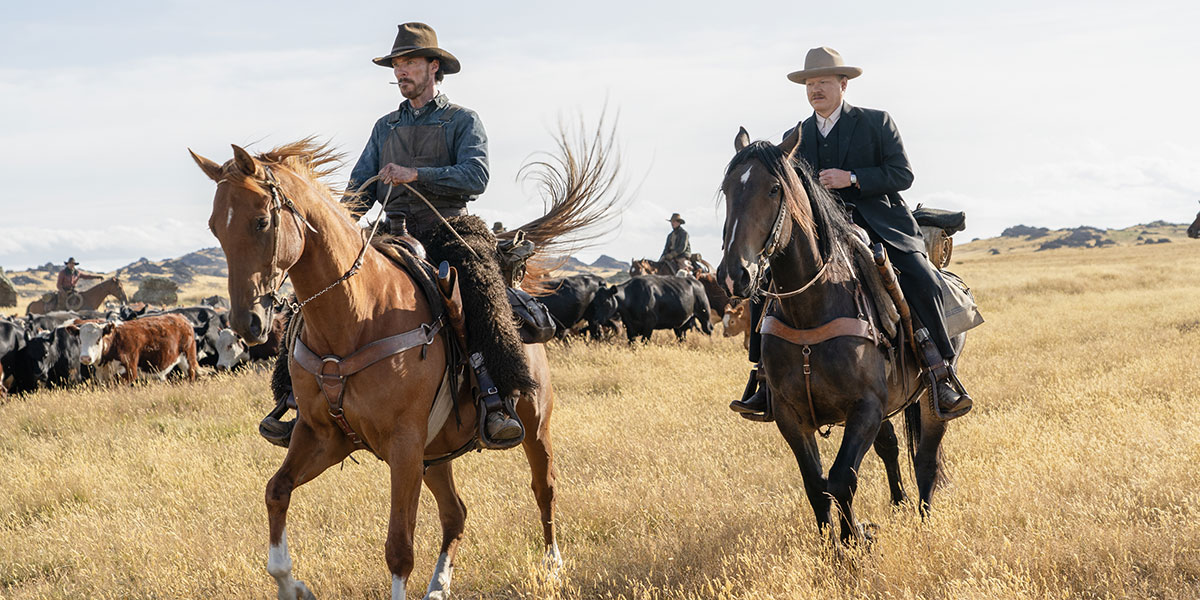 A lot of strings (or, to be more accurate, ropes) are pulled in Jane Campion’s The Power of the Dog. Based on a Thomas Savage novel, the film transports us to the dusty terrains of 1920s rural Montana and the ranch of the Burbank brothers, Phil (Benedict Cumberbatch) and George (Jesse Plemons). While George is otherwise thoughtful and placid, Phil’s very being pulses and thrums with hotheaded ferocity, which only intensifies when George courts and marries a local widow named Rose Gordon (Kirsten Dunst). Neither Rose nor her sensitive son Peter (Kodi Smit-McPhee) find Phil agreeable after a series of unpleasant encounters, with Rose in particular buckling under the weight of his contempt for her and turning to alcohol for solace. Thus does Campion set the stage for a battleground of competing interests and ideals that center around frontier masculinity, including its performative nature, its terrible allure, and even its crumbling façade as something completely new threatens to overtake it.

Apart from helming several episodes of Top of the Lake, Campion hasn’t put out a feature film since 2009’s Bright Star, and there is no doubt that her absence from the film landscape had left a marked chasm in the last decade. The Power of the Dog is something you watch with the knowledge that you’re back in a trusted master’s hands, safely ensconced in craftsmanship that is meticulously hewn. Craftsmanship, moreover, that one comes to crave more of because you don’t see it as often as you’d like. Most films these days don’t sing in quite the same way as Campion’s work does. There is an innate poetry in the way the film grows and works off its multi-act structure, with each significant character being afforded pockets of interiority so that their lifeblood abjures the constraints of fictionality. We get, as a result, career-high performances from almost everyone involved, especially Cumberbatch, Dunst and Smit-McPhee. These two men, in particular, carry their respective arcs to a beautiful head in the latter parts of the film as Campion twines in a psychosexual eroticism, which only further compliments the film’s already numerous dimensions.

Campion’s approach is steady and stealthy; detractors will no doubt call it too precise and calculated. As this is a tale precisely about the personal calculuses made in the name of survival, such a complaint seems almost trivial, and not one I would ascribe to this film. It creeps up on you exactly when it ought to and ferries you to shores you don’t expect, and when all is said and done, Campion’s choices are completely sensible for this material. It prowls with the same kind of simmer that overtakes Phil Burbank, while also holding onto the sadness that permeates Rose, as well as mirroring the surgical curiosity of Peter. The essences of each character is the fabric of the film, which becomes, in time, as taut as the very rawhide that brings it to its shattering close.