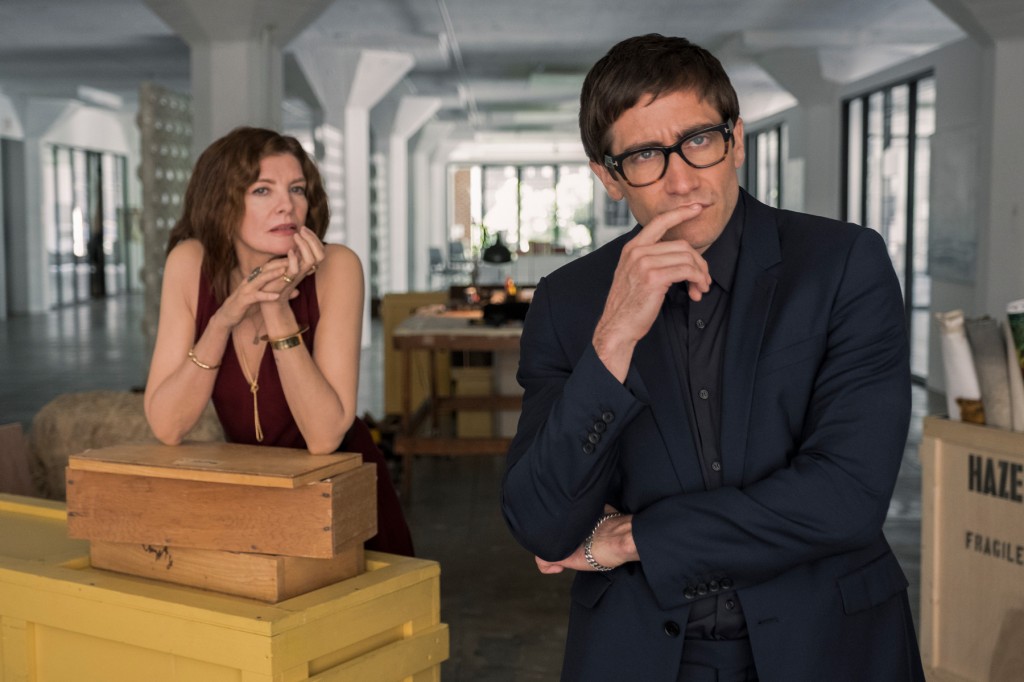 If Velvet Buzzsaw was going for incisive critique of the art world’s myriad frivolities, it doesn’t work well. The best it can do is to emulate the kind of dead air that’s generated by those who equate premium connoisseurship with maximum pretension. And even then it can only go so far without looking incompetently cartoonish—and oftentimes it nearly crosses the line. The horror elements here are slightly more convincing, because at least they are tied down to a broader criticism of buccaneering capitalism that can turn the most rule-governed citizens into rapacious monsters, inconsiderate even of dead people’s final wishes. The way Vetril Dease is posthumously abused by the likes of Josephina and Rhodora, who wrangle to make a big profit from his sudden discovery, is the kind of sickness Gilroy is trying to expose here. How making art can be seen as signing away your soul, because when you are brought into the limelight, you are at the mercy of those who only see you as monetary potential. Your humanity, your suffering, your livelihood—all of it is signed away and buried under the dollar signs that swim in everyone else’s eyes. Velvet Buzzsaw, though a fitful B-movie that wants to do too much, does act as a kind of supernatural reclamation of the Artist, for he is allowed to avenge himself through his art and punish those who have trampled on his memory by trying to further their own careers. The punishments he metes out are a kind of elevation of the art he made in life. Perhaps Death is is the ultimate art, because it’s the one thing that the capitalists can’t touch.

I have no idea if Gilroy was thinking about this when he wrote the script, or if he was trying to make his own Cronenberg/Altman mash-up. Maybe he watched The Square and thought he could go a step further. In both cases, sadly, he comes up short, as the concepts here lack a true incisive edge that his predecessors had in spades. I couldn’t sense Gilroy’s confidence here, which transmits in the way the film uneasily vacillates between dark comedy and full-on darkness. It doesn’t find that sweet spot that could have made this more of a thrill to watch. The best you end up doing is sticking with it until the end and finding yourself shrug it off in the hours that pass. You see some of its potential, you laugh at a few zingers, you get a few chills from the murders, and then it begins to leave your memory. And it’s a shame, because another version of this could have hit hard.